There Is No Police Exception to the Americans With Disabilities Act 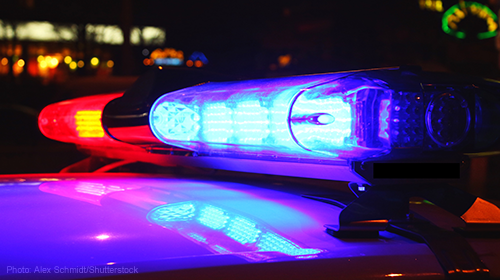 Many people recognize the names Eric Garner, Michael Brown, and Tamir Rice, African-American men, and a child, killed by the police.

They are people with psychiatric disabilities – most of them people of color – shot and killed by police. In many cases, police were responding to requests for assistance to get the person mental health care.

Teresa Sheehan’s name might also be included in the list. In 2008, she was shot five times by police after her caseworker sought assistance in getting her to the hospital for treatment. She, unlike the others, survived. And she sued.

Ms. Sheehan argued in court that the police officers who responded should not have entered her room twice – the second time by force, shouting with guns drawn. Instead they should have waited for backup and taken time and patience in interacting with her, as they were taught in their crisis intervention training. By not doing so, the police officers violated department policy on a barricaded suspect, and they also violated the “reasonable modifications” or “reasonable accommodations” protections under the Americans with Disabilities Act (ADA).

Ms. Sheehan’s case is now before the Supreme Court of the United States. One of the questions to be argued is whether, under the ADA, police have an obligation to provide accommodations to someone with a mental disability.

The ADA applies to every interaction between government and people with disabilities. So unsurprisingly, the federal appeals court in San Francisco thought the answer was clear. It concluded that, of course, the ADA applies to police officers. It applies to police who are responding to a call for assistance in taking someone to a psychiatric evaluation. It even applies when police are arresting a suspect.

But the city of San Francisco is asking the Supreme Court to read an exception into the ADA that Congress didn’t write into it: that the ADA does not apply to police encounters.

In addition, the Supreme Court appeal is not worthy of San Francisco – a city known for its progressive policies.

City Attorney Dennis Herrera could still choose to withdraw his office’s appeal at the Supreme Court and instruct his deputies handling the case to sit down and negotiate a settlement with Ms. Sheehan. He could tell the deputy city attorneys to simply follow the federal appeals court’s order to return to court and allow a trial. Any and all of these options would provide Ms. Sheehan some resolution.

And it would not, unnecessarily, endanger the ADA and all future encounters that people with disabilities have with police.