Ask the Experts: How to Fight for Reproductive Freedom in Your Community 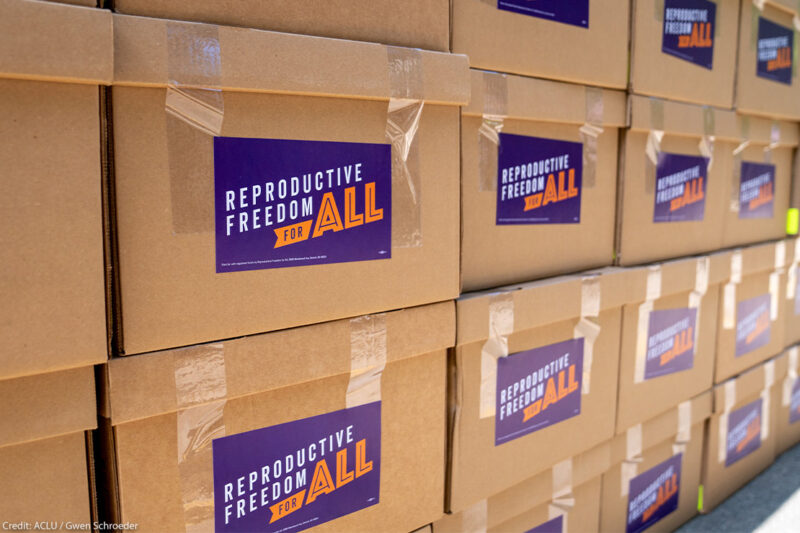 ACLU of Michigan volunteer Connie Horton-Kross tells us what inspired her to get involved and fight for the issues that matter to her.

With the midterms coming up, we are chatting with some of our great affiliate volunteers about what issues are most important to them, and how they motivate voters to cast their ballots. We hope these conversations inspire you to vote for your values and join us in this once-in-a-generation battle to protect our nation. 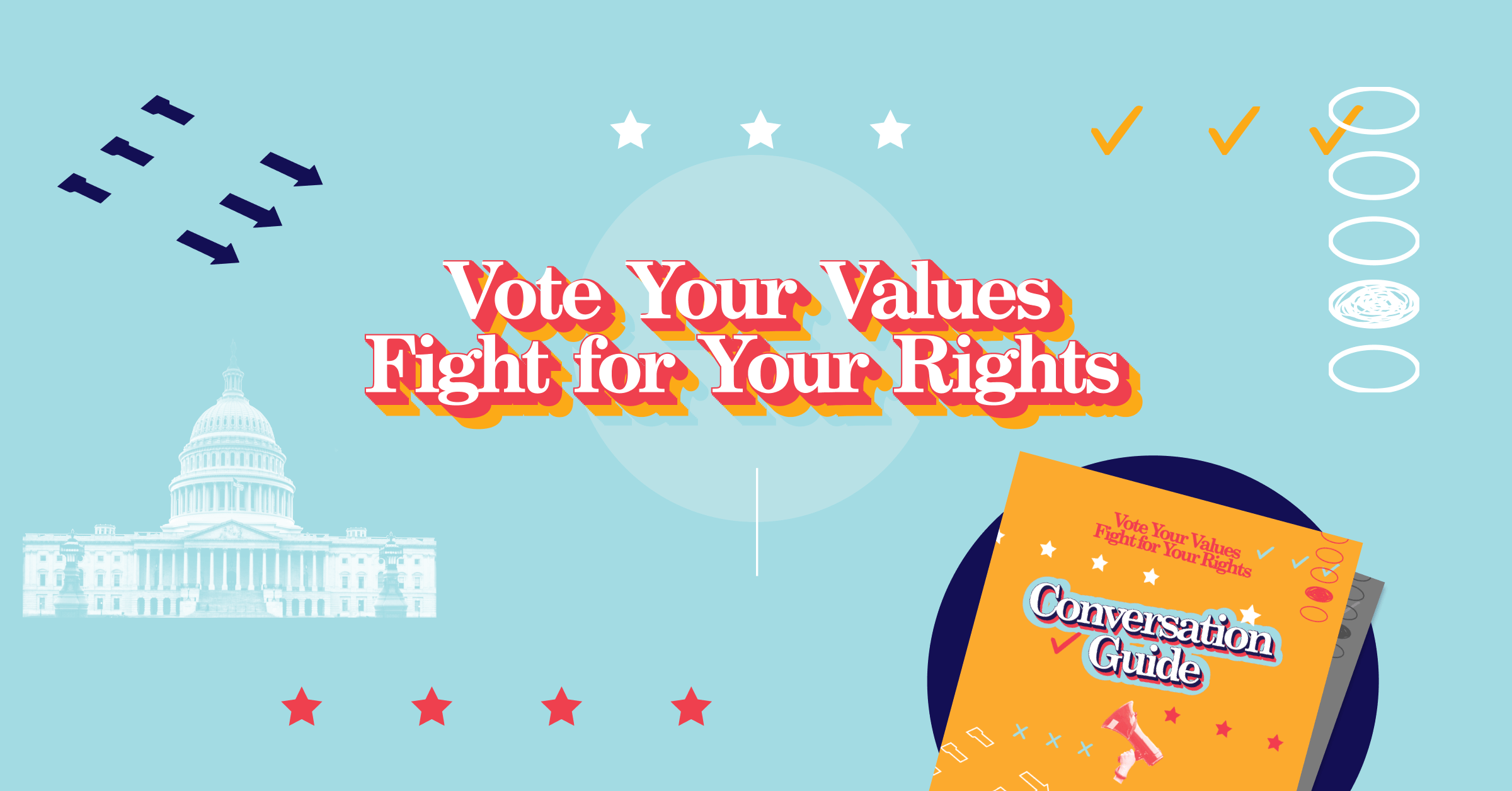 This week, we spoke to Connie Horton-Kross, a retired nurse from Holland, Michigan, who worked in reproductive health her whole career and now volunteers with the ACLU of Michigan. Through the determination of Connie and countless other abortion rights advocates, the Reproductive Freedom for All ballot committee, supported by the ACLU of Michigan, rallied and got more than 750,000 petition signatures to put Proposal 3 on the ballot this November, which would restore the protections of Roe v. Wade in the Michigan Constitution. Connie tells us what motivated her to get involved, why she is voting Yes on Proposal 3, and why talking to her friends and family about voting is so important.

ACLU: What motivated you to get involved with the ACLU of Michigan as a volunteer, especially around the Reproductive Freedom for All initiative?

Connie Horton-Kross: Nursing has been my passion my whole life. My public health career focused on reproductive health. I retired as a public health nurse in 2018, but stayed involved at the Michigan Family Planning Advisory Council as a private citizen. I also volunteered giving out COVID-19 vaccines, but still wanted to do more. That’s when I really started watching what was going on with the Dobbs decision. I’d never been really politically active aside from some volunteer work, but this time, I couldn’t sit here and let this happen. At first, I was just going to take a couple of petitions and have them signed. But then, I was creating events and mobilizing people and it just blossomed into this whole thing. I’ve spoken to professionals and during conferences before about abortion and reproductive health, but to get out there and talk to someone that may have an opposing opinion was frightening. But I have really gained confidence with that and I’ve never had any negative interactions this whole time.

ACLU: How do you reach out to folks to get them involved?

CH: Most of the outreach I do is specific to people. For example, I’ve got a group of friends that are retired nurses too. I got them all together and they ended up volunteering and collecting signatures with me. Now that they’ve gotten involved, we’ll go out to happy hour and we discuss the next steps. I also take part in activist groups to get people to mobilize. After the Supreme Court’s decision to overturn Roe v. Wade, we actually had a march in Holland, Michigan with over 1,500 people. I met women in their early 20s with megaphones, marching. People had tears in their eyes because Holland is so conservative and to see that kind of support … I still get choked up. It was just amazing to see all walks of life, all ages, saying that we couldn’t let this happen.

I learned that if I was passionate enough and not afraid to speak up, then I could motivate people to get involved.

ACLU: How do you explain to people why voting is important, and persuade them to take part in upcoming elections?

CH: I just start with a conversation. I make sure they’re registered. If they’re not, I keep the QR code to register to vote on my clipboard. I’ve met a lot of young people that hadn’t registered yet and that did it right on the site so they could sign the petition. I really push that and I tell them that’s their say in what happens. If you don’t stay involved, things will happen that you won’t have any control over. The perfect example of this is reproductive freedom. These people are going to be making rules and laws about you and your body. If you don’t get out there and vote, you really can’t gripe. That’s why I tell my kids, if you don’t vote, you just agreed to whatever happens.

ACLU: What would you say to people who feel like their vote might not matter, or who just feel disempowered?

CH: I tell them that if we give up, then they win, and they’re just going to keep taking more freedoms away. I just focus on that point, that this is taking your rights and choices away. On abortion for example, if they take this choice from you, what’s next? This is health care. It’s part of the decision between you and your doctor. It’s not meant to be political. I can be pretty persuasive that way and talk to people with the facts.

ACLU: How do you motivate your own friends and family to get out there and vote?

CH: I talk to all my friends, especially about abortion. My mother-in-law is 86 years old and was staying at my house on the Fourth of July, during the last weekend of the petitions. She started seeing all these people come in, dropping off last-minute petitions, so I told her that I’ve been volunteering. She knows what my job was, so I explained to her that some women that have an ectopic pregnancy, can’t get a procedure to remove the tissue afterwards, other women suffer membrane ruptures prematurely and could get an infection, but they need to get very sick before they can get a termination. I’ve been hitting everybody strictly from a medical point of view and how this is going to affect women’s lives. I think that she’s willing to listen. My son also, who’s 25 and leans more conservative, didn’t sign the petition and we had some discussions about it. It’s interesting that we have such an opposite point of view, but it’s okay. We were able to talk openly.

ACLU: Has anything surprised you in your activism around this issue?

CH: It is surprising to see the amount of support and passion. Women that came out to sign petitions, many of them had their own abortion story. I didn’t know any of these people. They just came out to sign the petition and we were sitting there, my husband and I, and they opened up and told us their story. Stories on how they could have died without an abortion or how they would be living in poverty now. This happened at least a dozen or more times.

ACLU: Why did you decide to share your story? And what else do you want people to know about your experience?

CH: I want people to know that I really felt empowered by doing this, and I felt like I was empowering others to come out and help too. I learned that if I was passionate enough and not afraid to speak up, then I could motivate people to get involved. It was great to see my friends involved, and see that empowered women empower women. I’m looking forward to continuing fighting for this and getting this passed.

Interested in working with people like Connie to defend our rights? Find out more about how to get involved here. 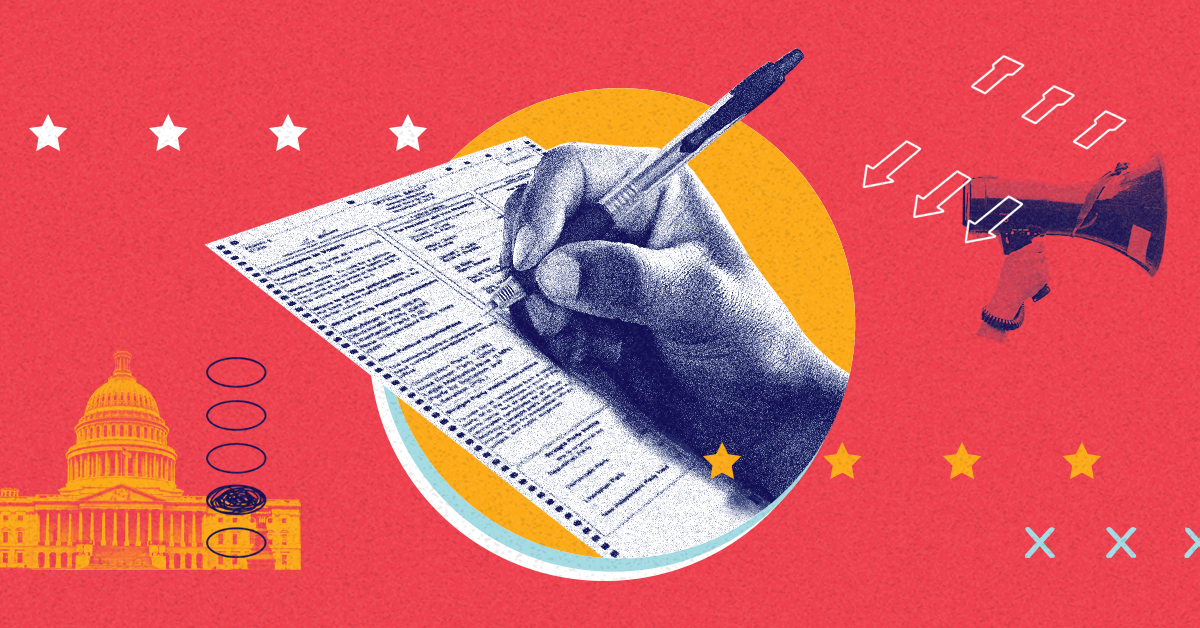