NEW YORK — The American Civil Liberties Union has filed 400 legal actions against the Trump administration. The 400th filing was a class-action lawsuit that seeks to block the removal of children seeking asylum at the border. The milestone comes as the civil liberties group celebrates the 100th anniversary of its founding.

“Shortly after Trump’s election, we made a promise: if Trump or his administration attempted to implement unlawful or unconstitutional policies, they would face the full firepower of the ACLU, our state affiliates, and our supporters. We promised to see Trump in court because America is worth fighting for, and we have: 400 times,” said Anthony D. Romero, ACLU executive director. “We have delivered on our promise and will continue to hold Trump accountable to the Constitution he swore to protect and defend. We have sued every president throughout our 100 year history, and will continue to hold his successor accountable.”

Of the 400 legal actions filed, some of the most memorable include:

The legal actions include lawsuits, FOIA requests, and administrative complaints, and cover a variety of civil rights and civil liberties issues.

After the 2016 election, the ACLU ran full page ads warning the Trump administration that the enactment of unconstitutional policies would be met with unparalleled actions by the nationwide ACLU. As a result of the organization’s commitments, an outpouring of support from communities saw the ACLU’s budget and staff size more than double, increasing the number of its litigators by 45 percent. After Trump’s inauguration, the ACLU also launched People Power, a nationwide grassroots organizing program to mobilize people across the country to expand and protect civil liberties and civil rights.

“President Trump is one of most lawless presidents in modern history, even as he touts a ‘law and order’ agenda,” said Romero. “We will ensure that the ‘we the people’ means all of us, even if that means we have to file 400 more legal actions.”

During President George W. Bush’s first term, the ACLU filed 13 legal actions against his administration challenging encroachments on civil liberties and civil rights via the war on terror. 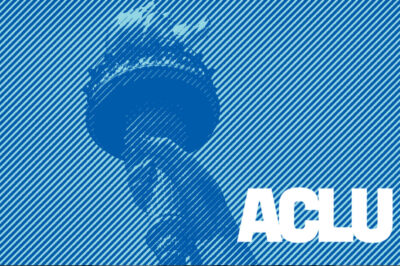