The headlines about the current state of abortion access seem to get worse every day.

States like Alabama, Georgia, Ohio, and Kentucky have recently passed extreme abortion bans in an attempt to directly challenge Roe v. Wade at the Supreme Court. And just this week, we learned that Missouri may become the first state without a health center that provides abortions since Roe was decided. Five other states — Kentucky, Mississippi, North Dakota, South Dakota, and West Virginia — only have one abortion clinic left.

But with our Rights for All campaign, ACLU volunteers can fight back.

There is no question that state legislators opposed to abortion rights, emboldened by Trump’s two appointments to the Supreme Court, are rushing to pass laws that blatantly violate more than four decades of Supreme Court precedent. But this bleak landscape for abortion access is not new (in fact, the most recent headline-grabbing bans are all being challenged in court and haven’t actually taken effect). Rather, it’s the result of a decades-long strategy to push abortion out of reach completely with laws designed to make it impossible for people to access care.

Since 2011 alone, state legislatures have quietly passed more than 400 such medically unnecessary and politically motivated laws, shutting down clinics and erecting so many barriers to care that the right to abortion is now a hollow one for many people across vast areas of the country.

And this deliberate strategy by opponents of abortion rights — to push abortion further and further out of reach — actually got its start in Congress just a few years after Roe was decided. The Hyde Amendment was first attached to a federal appropriations bill in 1976 to withhold insurance coverage for abortion from those enrolled in Medicaid. There is no question that this was done explicitly to block low-income people from getting abortions: Congressman Hyde, the amendment’s sponsor, said so himself. In the years since, Congress has also restricted abortion coverage in a variety of other government health insurance plans and programs, and states have followed suit, passing their own laws restricting abortion coverage in both private and public insurance plans.

Coverage bans compound the effects of the many other types of abortion restrictions passed recently in the states — like clinic shutdown laws that force people to travel hundreds of miles for care and state-mandated waiting periods that add additional time and expense to their trips — to create obstacles that are insurmountable for many. When insurance coverage for abortion is denied, low-income people and disproportionately women of color are forced to forgo basic necessities in order to pay for the care they need. Ultimately, 1 in 4 Medicaid-eligible women seeking an abortion is denied care altogether.

Putting an end to this injustice means eliminating the many types of restrictions that limit abortion access, including the one that first targeted poor women more than four decades ago — the Hyde Amendment — and related government bans on insurance coverage of abortion.

That’s why ACLU volunteers around the country are asking presidential candidates, as part of our Rights for All 2020 effort, whether they will take a stand and lead the fight to ensure that everyone can access abortion care, no matter where they live or how much they make. As a matter of institutional policy, the ACLU does not support or oppose individual candidates for elected office. But we do want to ensure voters are informed and to see leaders elevate the civil liberties and civil rights issues that voters care about.

At campaign stops around the country, ordinary Americans are getting candidates on the record about their plans to guarantee abortion coverage and make the right to abortion a reality for all. When it comes to health insurance coverage, we are asking candidates to show leadership by guaranteeing that any health care plan they endorse will cover abortion and other reproductive health care just as it does other health care services, and by committing to remove all abortion coverage restrictions from budget requests, in order to send a clear message to Congress that abortion access is a top priority.

Candidates should also commit to working with Congress to pass and sign into law the EACH Woman Act, which would lift bans on abortion coverage in government insurance programs once and for all and also stop politicians from meddling with abortion coverage in private insurance plans. For those who want to ensure access to abortion, the EACH Woman Act should top the list of legislative priorities, along with the Women’s Health Protection Act, which would provide a much-needed federal safeguard against state abortion bans and other types of medically unnecessary restrictions in order to literally keep clinic doors open. Together, these bills could truly protect and expand access for people throughout the country.

With the right to abortion under direct attack in hostile states like never before, voters want to see real leadership on protecting abortion access for everyone, no matter where they live, how much they make, or what type of insurance they have. Rights for All will help ensure that voters know which candidates are up to that task. 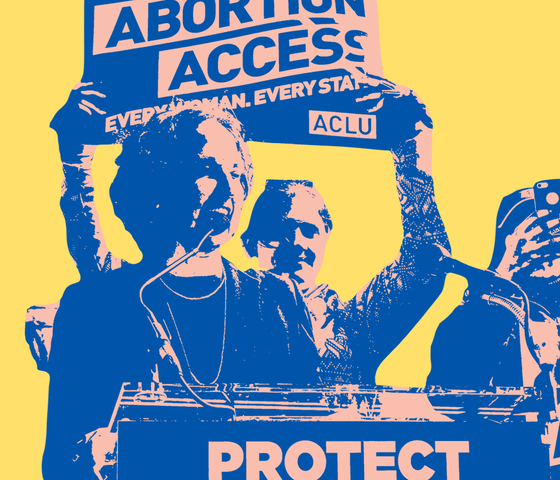