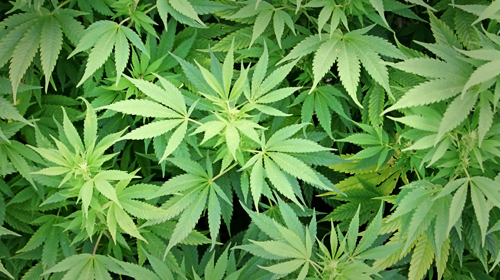 For more than a decade, Joseph Casias of Battle Creek, Mich. has endured the painful symptoms of an inoperable brain tumor and cancer.

For years, Joseph had been prescribed a drug called Lorcet that offered him only minimal pain relief and caused him to suffer from severe nausea. Joseph has refused to let his debilitating illness prevent him from living a full and successful life, however. He is married, has two young children and for the past five years held a job at the Wal-Mart in Battle Creek — where he began as an entry level grocery stocker and worked his way up to a managerial position. He was even recognized as the store’s 2008 Associate of the Year.

After the people of Michigan voted in 2008 to enact the Michigan Medical Marijuana Act, Joseph’s oncologist recommended that he try marijuana as permitted by state law in an effort to better manage his ongoing pain and suffering. Joseph obtained the appropriate registry card from the Michigan Department of Community Health and began using the drug after work during off-duty hours in the privacy of his home. The results were immediate and profound: his pain decreased dramatically, the new medicine did not induce nausea and Joseph regained his appetite and was able to gain back some of the weight he had lost during chemotherapy and radiation treatments. But Joseph’s relief after more than a decade of suffering was short lived. Though he complied with all applicable state laws and never once smoked marijuana at work or came to work under its influence, Wal-Mart fired him upon discovering that he was a medical marijuana patient.

The ACLU is suing Wal-Mart on Joseph’s behalf because no employer should be allowed to intrude upon private medical decisions made by employees in consultation with their personal doctor. No one should have to choose between pain relief and gainful employment. And no corporation — not even Wal-Mart — should be allowed to flout state law. No employer should ever have to tolerate on-duty drug use or intoxication, but employees who legally use medical marijuana to treat the symptoms of painful and debilitating diseases should not be fired for doing so.

ACLU Sues Wal-Mart for Firing Employee for Medical Marijuana Use