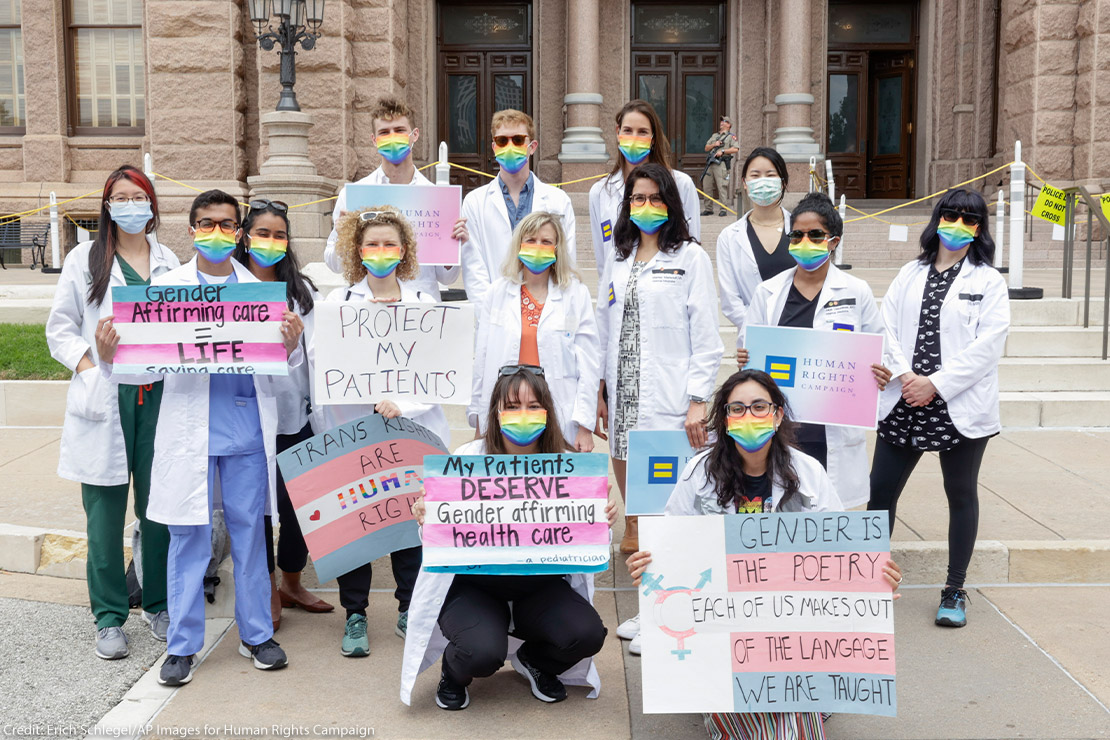 A family in Texas had a child welfare investigator arrive at their home due to a directive from Governor Greg Abbott stating that health care that is medically necessary for treating gender dysphoria should be considered a form of child abuse. This family — an employee of DFPS, her husband, and their transgender teen — sued Governor Abbott and the Texas Department of Family and Protective Services. Dr. Megan Mooney, a licensed psychologist who works with transgender youth and their families, also joined the lawsuit.

The lawsuit names Texas Governor Greg Abbott, DFPS Commissioner Jaime Masters, and DFPS as defendants. The lawsuit claims that these directives were issued without proper authority, in violation of the Texas Administrative Procedure Act, the separation-of-powers requirements of the Texas Constitution, and the constitutional rights of transgender youth and their parents.

In March, the district court for Travis County issued a temporary injunction blocking Abbott’s directive and DFPS’s new rule triggering investigations into essential medical care for transgender youth. In making that decision, the court found that defendants’ actions were causing irreparable harm and that plaintiffs were likely to succeed on their claims.

The Third Court of Appeals upheld the injunction and issued an order blocking defendants’ actions statewide. The Governor, Commissioner, and DFPS appealed that decision and sought interim relief from the Texas Supreme Court. On May 13, the Texas Supreme Court kept the injunction in place with regards to the Doe family and Dr. Mooney, but narrowed the scope of the appellate court’s injunction. The Supreme Court found that the appellate court did not have authority to issue “statewide” relief, while the court left undisturbed the lower courts’ findings that defendants’ actions were likely unlawful and caused irreparable harm.

While doctors and medical organizations have been providing gender-affirming care to youth, including transgender youth, for decades, it has increasingly become a target of attacks from state lawmakers. After Arkansas became the first state to pass a ban on gender-affirming care for trans youth last year, a federal court blocked the law from being enforced. Dozens of states have proposed similar bills to what became law in Arkansas — including some, like Alabama, that have proposed criminal penalties for providing gender-affirming care to youth — but Texas is the only state saying that providing this lifesaving care could lead to a child being removed from their family and placed in the foster care system.

This case is still on appeal before the Third Court of Appeals while the American Civil Liberties Union Jon L. Stryker and Slobodan Randjelović LGBTQ & HIV Project, the ACLU Women’s Rights Project, the ACLU of Texas, Lambda Legal, and the law firm of Baker Botts LLP also filed a second lawsuit challenging the Governor, Commissioner, and DFPS’s actions in PFLAG v. Abbott.

Families in Texas are worried that supporting their transgender kids will lead to a report of child abuse. We are already seeing families being... 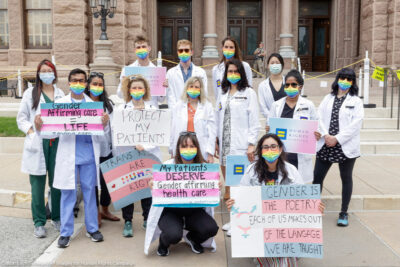 Texas Wants to Take Trans Kids From Their Supportive Parents. We’re Suing.
Support our on-going ligitation and work in the courts Donate now