From Ida B. Wells to W.E.B. Du Bois, from Dr. King and Malcolm X to today’s Black Lives Matter activists, law enforcement in the United States have a long history of improperly surveilling and targeting Black leaders and activists who dare to call for racial equality, liberation, and an end to violence against Black people. Our government’s shameful practice of using surveillance as a weapon against racial justice activism was wrong in the past, and has no place in our present. Yet, this targeting of Black leaders and activists continues today, with more advanced technology and updated methods.

That’s why the ACLU and MediaJustice filed a Freedom of Information Act lawsuit against the FBI, demanding that it turn over documents related to the modern-day surveillance of Black activists and Black-led organizations, including through the bureau’s fabrication of a “Black Identity Extremist” threat category that is based on racial stereotypes rather than evidence of a true security threat. The public deserves to know how the FBI is wasting valuable resources to target Black people who object to racism and injustice in America. And Black activists deserve to exercise their First Amendment rights without fear of being targeted.

Our FOIA litigation is part of a broader campaign by a coalition of racial justice and civil rights organizations to #ProtectBlackDissent by ending the unlawful surveillance and targeting of Black activists and organizations on the basis of race and First Amendment protected activities. 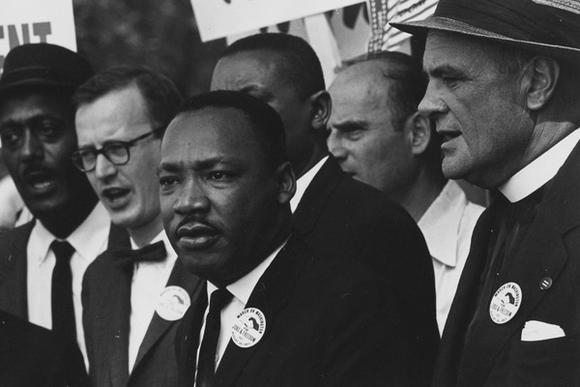 America’s greatest champion for nonviolent civil disobedience was wiretapped and urged to commit suicide by the FBI. 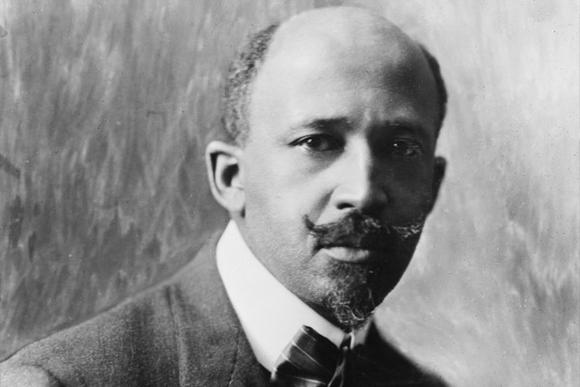 Writer, sociologist, co-founder of the NAACP

The FBI kept a file on Du Bois that spanned more than 700 pages, amassed over 30 years. 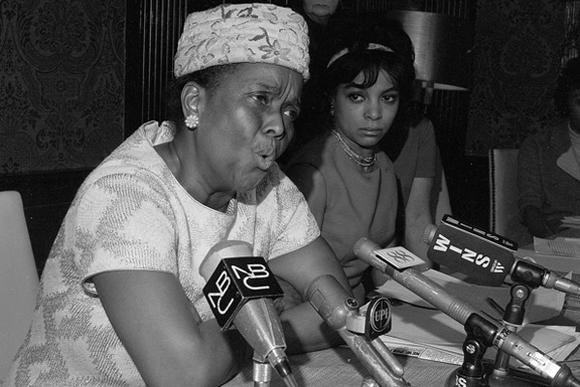 The FBI repeatedly targeted one of the most influential organizers in the civil rights movement for decades, flipping people around her into confidential informants. 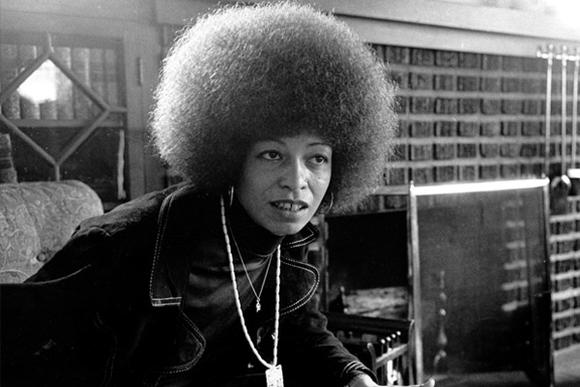 The FBI added an innocent Davis to the 10 Most Wanted list, sent fake letters to the media to discredit her and held her without bail for over a year.

Right: Angela Davis at her home in East Oakland, California in 1974. 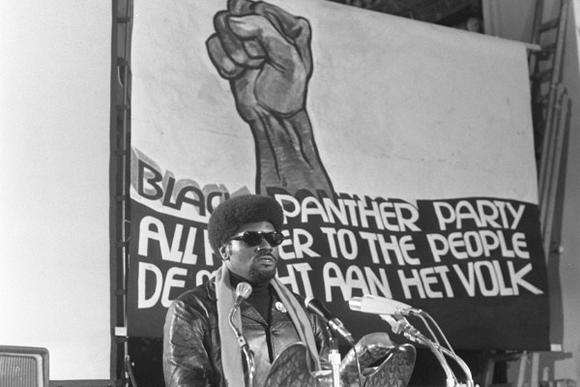 Elbert Howard, a co-founder of the Black Panther Party, built the social programs for which the party was known, but was tracked by the FBI during his travels abroad.

Right: Elbert Howard giving a lecture on the Black Panther movement in 1970. 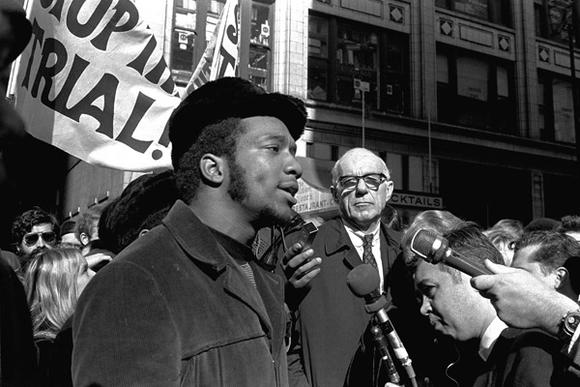 Chicago police officers killed Fred Hampton and another Black Panther Party member in a raid. The FBI was involved in the operation.

Right: Fred Hampton at a protest in 1969 against the trial of eight persons accused of conspiracy to cause a riot during the Democratic National Convention in 1968. 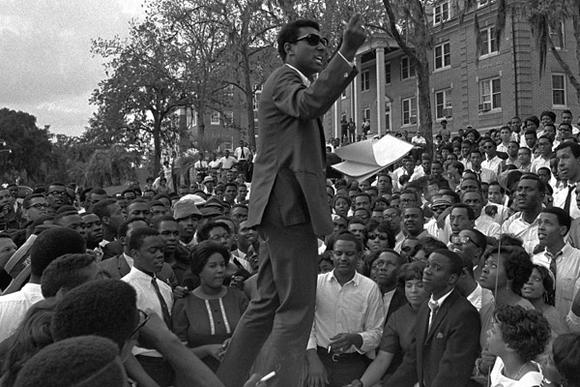 The FBI cited Carmichael’s “charisma” as a “real threat” to the American people.

Stokely Carmichael speaks at the campus of Florida A&M University in 1967. 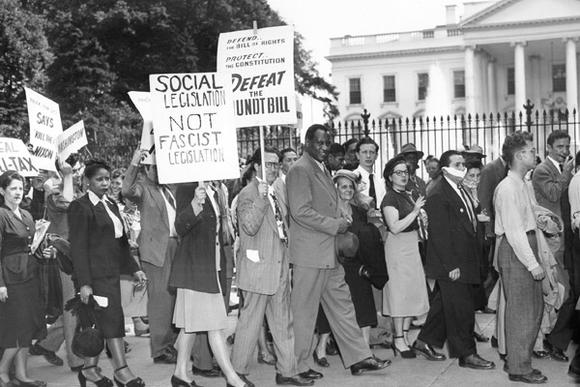 The FBI investigated Robeson and the State Department rescinded his passport, effectively ruining his career after Hollywood and Broadway already blacklisted him.

Paul Robeson leads a group of picketers carrying signs protesting against passage of the Mundt-Nixon bill in 1948.

The Government Is Watching #BlackLivesMatter, And It’s Not Okay