If Cops Don’t Turn on Their Body Cameras, Courts Should Instruct Juries to Think Twice about Their Testimony 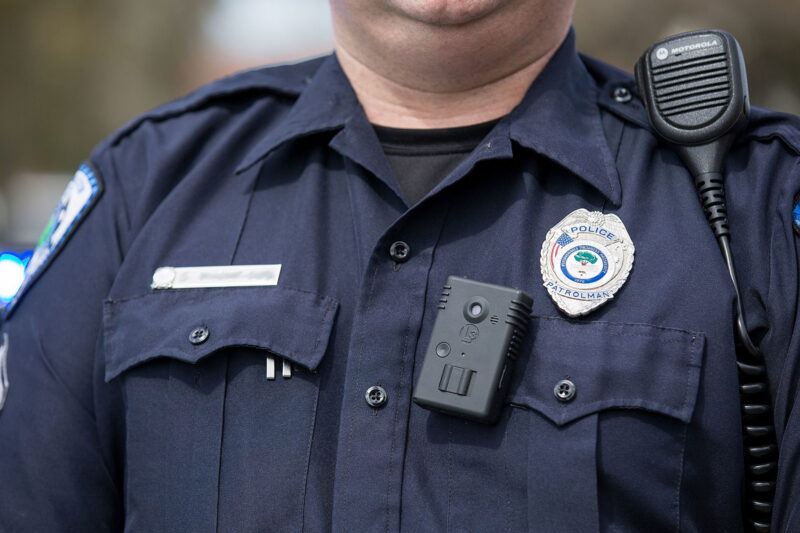 Matthew Segal, Legal Director of the ACLU of Massachusetts
Share This Page
December 1, 2016

These unrecorded killings threaten to undermine confidence in body cameras. If these cameras are only as good as the police officers and departments responsible for deploying them, then their contributions to police accountability will depend on the very people they are supposed to hold accountable.

But it doesn’t have to be this way. As explained in “No Tape, No Testimony,” a new report by the ACLU of Massachusetts and the Samuelson Law, Technology & Public Policy Clinic at UC Berkeley’s School of Law, police officers and departments are not the only ones who can ensure that body cameras are used responsibly. Courts can do it, too.

Courts can influence body camera usage through a tool that is unique to courts: jury instructions. Consistent with provisions the ACLU recommends that state legislators put into law, the new report proposes a model instruction that would discourage body camera mishaps by empowering juries to devalue or even disregard a police officer’s testimony if, in the jury’s view, the officer unjustifiably failed to record an interaction with a civilian. Courts should consider trying it, for at least three reasons.

First, videos have profoundly shaken public confidence in the capacity of legal proceedings to separate fact from fiction based on witness accounts alone. In Massachusetts, for example, my office represents a woman who was initially charged with assaulting a transit officer after complaining to that officer about how she was treating another woman. But there was security footage showing that the officer actually attacked our client, and prosecutors dropped the case against her and began prosecuting the officer. But when video is absent, court proceedings can too often disadvantage civilians, whose claims can so easily be disbelieved when they contradict officer’s account.

Second, body cameras are probably here to stay, so it is important to ensure that they are used correctly. These cameras can help uncover the truth about violent police-civilian encounters and even deter violent encounters from happening in the first place — but only when they are consistently worn and activated.

Third, when police officers fail to turn on body cameras before shooting someone — as happened to Keith Scott, Terrence Sterling, and Paul O’Neal, all of whom were Black men — they put courts at risk of reaching catastrophically unjust results. A guilty police officer, someone with enormous power, could escape liability. An innocent person could be wrongfully convicted.

Courts should not leave it up to the police to avoid these catastrophes. Accordingly, the model jury instruction in “No Tape, No Testimony” would enable courts to discourage body camera mishaps while also empowering juries to decide when those mishaps warrant consequences for the police.

Because it would have juries decide whether to say “no tape, no testimony,” this model instruction is hardly a radical proposal. In fact, courts in eight states — Alaska, Arkansas, Indiana, Massachusetts, Minnesota, New Jersey, Utah, and Wisconsin — already authorize evidentiary consequences that encourage officers to record custodial interrogations of criminal suspects. Adapting this approach to the body camera context would be straightforward.

But it would also be profound.

By issuing this instruction, state courts could improve the odds that violent police-civilian encounters will be recorded, and that courts will just resolve disputes arising from those incidents. And because President-elect Trump could halt the federal government’s recent attempts to improve police accountability, the next big innovation in police-civilian relations might have to come from state courts. When appropriate, judges should allow juries to send a clear message to police witnesses: “No tape, no testimony.”