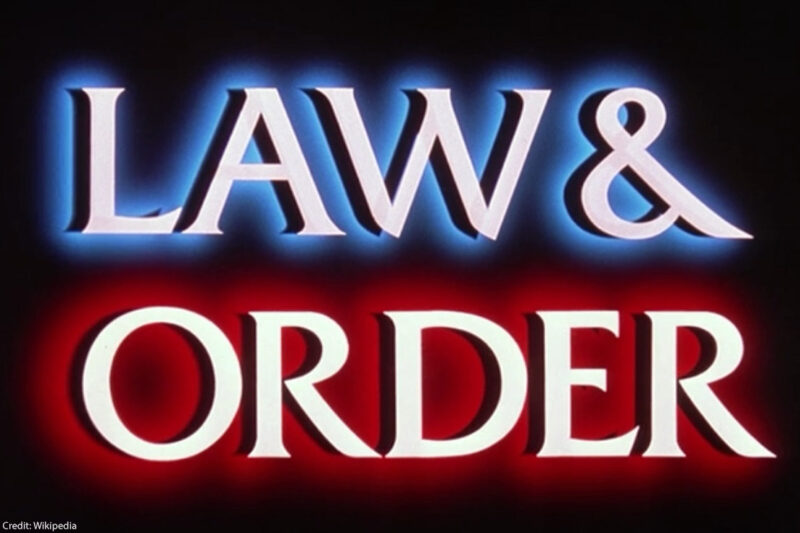 The longest-running law enforcement series on television is peddling an inaccurate picture of how our criminal legal system works.

You might think you know a lot about the criminal justice system in America. Perhaps you have a vision of what happens at arrest, during police questioning, when bail is set, or during trial. You’ve heard the familiar Miranda warnings on TV and seen lawyers spouting objections in courtroom scenes. However, if you are like many people, whose views on the criminal legal process are primarily formed by TV and movies, you may have a woefully rosy picture of how accused people are treated in thousands of courtrooms across the country every day.

A huge culprit in misshaping Americans’ views of their local criminal legal systems is the hit show Law & Order, the longest-running law enforcement series on television, which is now back on air for its 21st season. While unquestionably a successful entertainment franchise, Law & Order and shows like it have done incredible damage to the fight for a truly fair and effective criminal justice system. This is because a vast segment of the American public is getting their information about the legal system from shows like Law & Order, and in many critically-important ways, the fiction of the show is nothing like reality.

For example, take bail. On TV, we watch people proceed swiftly to a real hearing following an arrest, in front of a judge, with a lawyer representing them. Arguments get made about whether the person poses a flight risk or an unmanageable danger to others if released. An individualized assessment is then made.

In reality, in much of the country, someone arrested and accused of a crime has their bail set without any hearing whatsoever: Bail is predetermined by charge without consideration of a person’s finances or other factors. Elsewhere, bail is set by a police officer, judge, or clerk behind closed doors. Even in places that hold some sort of bail hearing, the proceeding typically lasts only a few seconds, and people accused of crimes often have no lawyer to help them make arguments, preserve other rights (such as the right against self-incrimination), or to negotiate with the prosecutor. The result is a massive system of wealth-based and unjustified incarceration. This decision point influences the entire remainder of a person’s case, as those who cannot pay bail are incarcerated, separated from their families, left to prepare their defense from jail, and housed in often-abysmal, sometimes deadly conditions.

On TV, judges apply the law meticulously. In reality, many judges express overt bias, act rashly, and are condescending and cruel to criminal defendants. As a lawyer investigating practices on behalf of the ACLU, it is not uncommon for me to observe knee-jerk reactions from judges based on one element of the case, or to see judges show obvious preference to wealthier white defendants over low-income people of color. But members of the public rarely observe judges in action. When local and national journalism accurately covers judicial conduct, members of the public are often shocked by the way local judicial officers wield power.

On Law & Order, about 60 percent of cases go to trial. In reality, only about 2 percent of people have a criminal trial, largely because of the prevalent role of coercive plea bargaining, pressures of pretrial detention, and the lopsided balance of power between the prosecution and defense.

The perception driven by TV crime dramas that police are primarily investigating serious, violent crimes and are largely accurate in who they accuse is incredibly damaging. In reality, violent crimes only represent about 4 percent of law enforcement’s scope, and clearance rates — the number of reported crimes matched to an arrest — are under 50 percent for violent crimes and under 17 percent for property crimes.

Now, we are witnessing a misguided backlash to much-overdue criminal law reforms in America. Political opportunists are peddling suggestive, inaccurate narratives about crime, safety, and fairness. The truth is that harsh criminal law policies do not make communities safer, and reforms are not the reason for tragic instances of interpersonal violence. To understand why reforms that seek alternatives to incarceration continue to be desperately needed, it is essential that voters understand what their elected judges, prosecutors, and law enforcement chiefs actually do when they are entrusted to uphold the constitutional rights of everyone in the system.

In the meantime, it behooves the writers and producers of much-streamed shows to portray these issues with more nuance and accuracy — including by hiring defense attorneys and formerly-incarcerated people, and not just prosecutors and cops to consult in their writers’ rooms. Creators of TV crime dramas must recognize and take responsibility for the tremendous impact they have on the way jurors and voters perceive our justice system.