50 Years of Fighting for the Rights of Incarcerated People 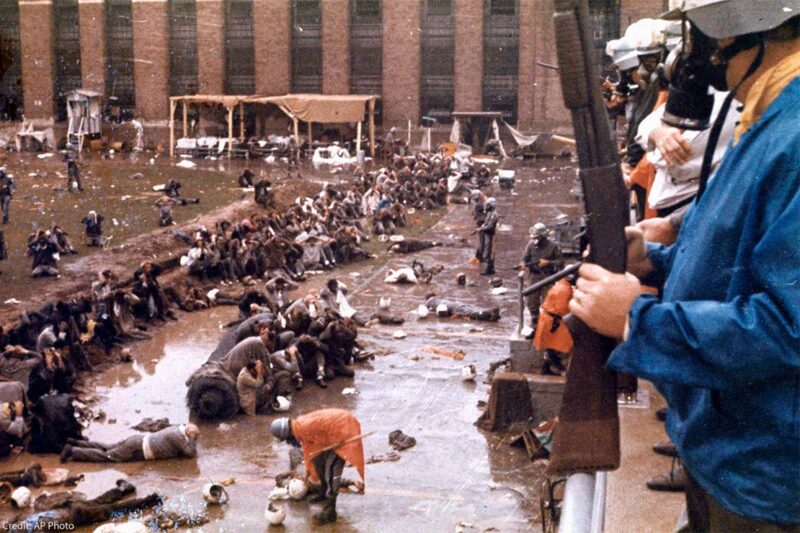 Fifty-one years ago this month, prisoners at Attica Correctional Facility in upstate New York rebelled over extreme crowding, racism, and brutal living conditions. They took control of the prison and sought to negotiate with state officials over their demands. Four days later, the uprising was crushed in a massive assault by the state police, National Guard, and corrections officers. Forty-three people lost their lives, most of them killed by law enforcement during the retaking of the prison.

The Attica rebellion shone a much-needed light on the appalling conditions in U.S. prisons. The uprising, and its bloody suppression, sparked the beginning of the modern prisoners’ rights movement. Just a few months later, in 1972, the ACLU established the National Prison Project with the help of attorneys from the Attica legal support team.

Fifty years later, the National Prison Project fights every day to ensure that conditions in prisons, jails, and other places of detention comply with U.S. and international law, and meet minimal standards of health, safety, and human decency. We also work to end the laws and policies that have given the United States the highest incarceration rate in the world and led to the grotesque overrepresentation of people of color among the incarcerated population.

Over the years we’ve won lasting and significant victories for the rights of incarcerated people. In 1992, we represented Keith Hudson, a man incarcerated in Louisiana’s infamous Angola prison. While handcuffed and shackled, Mr. Hudson was beaten by two corrections officers, while their supervisor looked on and told them “not to have too much fun.” The beating left his face bruised and swollen, loosened his teeth, and cracked his dental plate.

The Attica rebellion shone a much-needed light on the appalling conditions in U.S. prisons. The uprising, and its bloody suppression, sparked the beginning of the modern prisoners’ rights movement.

The State of Louisiana didn’t dispute these facts, but argued that the beating didn’t violate the Constitution because Mr. Hudson didn’t suffer “significant injury.” The U.S. Supreme Court forcefully rejected that argument, ruling that “when prison officials maliciously and sadistically use force to cause harm, contemporary standards of decency always are violated.”

Shawanna Nelson was six months pregnant when she was incarcerated in Arkansas in 2003. Three months later, after going into labor, she was taken to a local hospital where corrections officers shackled her legs to opposite sides of the bed. The shackles caused Ms. Nelson cramps and intense pain, as she could not adjust her position during contractions. She was unshackled during delivery, but was immediately re-shackled after the birth of her son. After childbirth, the use of shackles caused her to soil herself because she could not be unshackled quickly enough to get to a toilet.

Fifty years later, the National Prison Project fights every day to ensure that conditions in prisons, jails, and other places of detention comply with U.S. and international law.

A federal appeals court dismissed Ms. Nelson’s lawsuit, ruling that the painful and degrading treatment she had suffered didn’t violate the Constitution. But we represented her in a re-hearing of the case before the full court, which reinstated the lawsuit, ruling that constitutional protections against shackling pregnant women during labor are “clearly established.”

Just this summer, in our statewide lawsuit challenging prison conditions in Arizona, a federal judge found that medical and mental health care in the state’s prisons is “plainly grossly inadequate” and “a cascade of failures,” adding that “no prisoner, at any location, is safe.” The judge will soon order improvements in the health care system relied upon by the 25,000 people incarcerated in Arizona.

Our fights for justice go beyond the courtroom. Over the last dozen years, our Stop Solitary campaign has changed the public conversation about solitary confinement, educating legislators, corrections professionals, and the public about the severe harm caused by this cruel and counterproductive practice. As a result of our advocacy and that of our partners, many states and localities have enacted strict limits on the use of solitary confinement, preventing untold suffering and almost certainly saving lives.

While the National Prison Project has accomplished much in our 50-year history, much remains to be done. At the time of the Attica rebellion in 1971, U.S. prisons and jails held about 400,000 people; today that figure is close to 2 million — the largest incarcerated population in the world. Black, Latinx, and Native people remain far more likely than white people to be incarcerated. And dangerous, degrading, and even lethal prison conditions remain all too common.

The 51 years since Attica’s rebellion have shown us that reforming the broken and dysfunctional U.S. incarceration system won’t be quick or easy. But as long as there are prisons, the ACLU will be there, fighting to ensure that the Constitution’s protections reach into every cell.