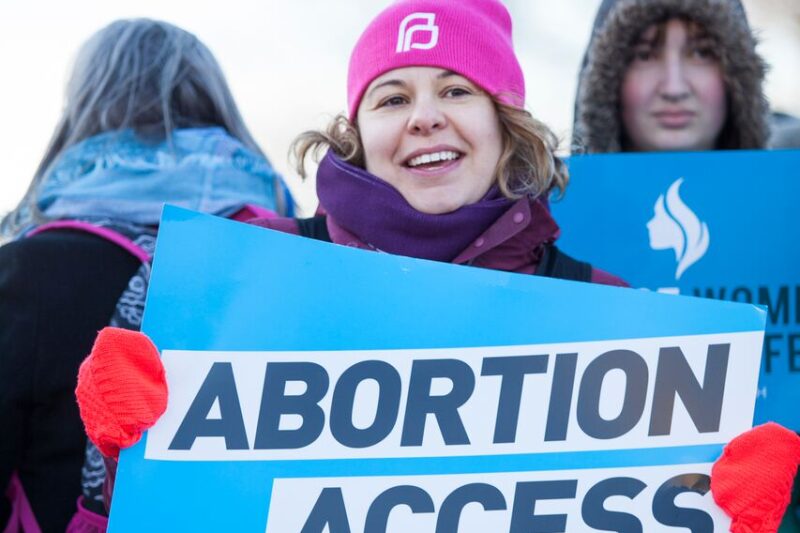 A great deal of national attention recently has been drawn to abortion rights — and justifiably so. The president-elect has vowed to nominate justices committed to overturning Roe v. Wade. And yesterday he nominated Rep. Tom Price for Secretary of Health and Human Services. Price is a man who at every opportunity has voted to take away people’s access to health care, to deny women the right to have an abortion, to cut off access to contraception, and to defund Planned Parenthood.

But while we worry about the future of abortion rights at the federal level, far too many women wake up in states where their right to abortion remains so inaccessible that the right is more theoretical than real. And that is because of state laws like those we are challenging today which are expressly designed to prevent a woman who has decided to have an abortion from actually getting one.

Today the ACLU has joined forces with the Center for Reproductive Rights and Planned Parenthood in a new wave of lawsuits to protect and expand access to abortion. Together, we simultaneously filed three challenges to medically unnecessary abortion restrictions in Alaska, Missouri, and North Carolina.

Women have a constitutional right to decide whether to end or continue a pregnancy, and the Supreme Court has consistently upheld this right. Just this summer — in their landmark decision striking down Texas’ abortion restrictions that closed clinics across the state — the court reaffirmed that laws that impose a burden on women’s access to abortion must be balanced by some medical benefit. Since the ruling, abortion restrictions in Alabama, Alaska, Arizona, Oklahoma and Wisconsin have already been struck down or been permanently blocked.

But laws in Missouri and Alaska impose burdens on health care centers, reminiscent of the restrictions struck down by the Supreme Court. Missouri regulations require facilities providing abortions to be outfitted like mini-hospitals. Because of the regulations, only one licensed provider remains to serve over one million women in the state.

Meanwhile, regulations in Alaska require clinics to be equipped and staffed for “major” surgery. The requirement is so vague and confusing that the people who are subject to these requirements have no way to know what kinds of actions would violate them.

Other regulations in Alaska that date back 40 years prevent health centers from providing abortions after the first trimester of pregnancy. For many Alaskan women, that means traveling out of state to access the care they need.

In North Carolina, an unconstitutional law that we challenged today bans abortion after the 20th week of pregnancy with exceptions only for extremely narrow medical emergencies.. By doing so, the law forces physicians to delay from caring for women until their condition imposes an immediate threat of death or major medical damage. The law is a threat to the dignity and health of women who seek care, not rejection, from medical professionals.

We filed today’s lawsuits to send a clear message: From Alaska to North Carolina — and every state in between — we will continue to fight until every woman has the dignity to make decisions about her body, her family, and her future. Our bodies, our rights, and our clinics are not going anywhere.