Alabama Is Trying to Ban Abortion. Today We Filed Suit to Stop Them. 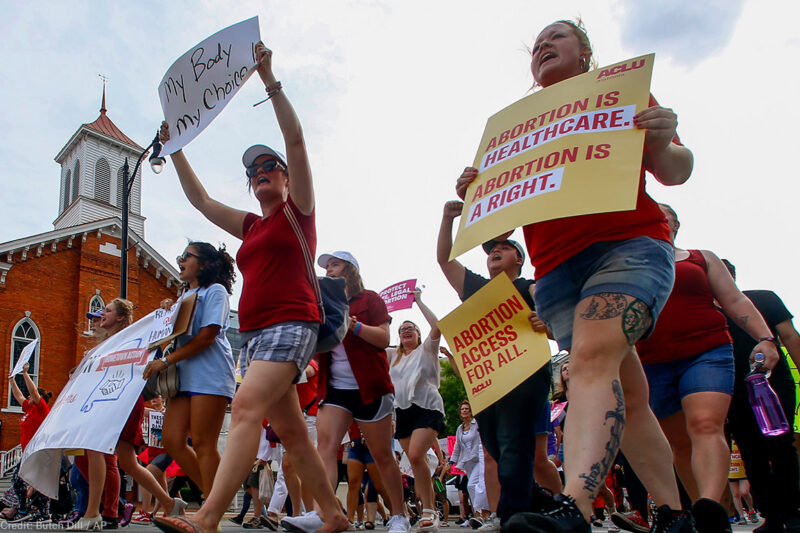 Last week, Alabama Gov. Kay Ivey signed legislation banning nearly all abortions. The law, which threatens doctors with up to 99 years in prison for performing abortions, is the anti-abortion opposition’s true agenda on display: ban abortion, jail doctors, and push this essential health care out of reach.

These are undoubtedly dark times in the fight for reproductive freedom as Alabama and states across the South and Midwest aggressively push to place such onerous restrictions on abortion so that the procedure is all but rendered inaccessible. And this seemingly relentless attack on our freedom and dignity has had a disproportionate impact on the lives of Black people and other people of color, young people, and people with low-incomes. But make no mistake we have been and will continue to fight back: Abortion remains — and will remain — safe and legal in Alabama and in all 50 states.

Today, the ACLU, the ACLU of Alabama, and the Planned Parenthood Federation of Alabama filed a lawsuit on behalf of abortion providers in the state that will challenge this extremist law. Indeed, as even the sponsors and supporters of the law — even Governor Ivey herself — admit, the ban is blatantly unconstitutional. For more than 45 years, the Supreme Court has repeatedly — and unequivocally — held that the freedom to decide whether and when to have a child is one of the most intimate and personal decisions a person can make in their lifetime, and is central to the liberty protected by the Fourteenth Amendment.

While Alabama’s abortion ban may be its most extreme attack on this fundamental right, it certainly isn’t the first. For nearly a decade, the Alabama legislature has been pushing medically unnecessary and politically-motivated laws — a ban on the safest and most common second-trimester abortion procedure, and absurd licensing requirements that could have forced multiple clinics in the state to close. But the ACLU has never lost a legal challenge to an abortion restriction in Alabama yet, and this one will fare no better.

When all is said and done, Alabama will have wasted millions of dollars of taxpayer money in a fight it won’t win. But people need to keep making sure their voices are heard. Emboldened by President Trump’s anti-abortion agenda, state lawmakers are trying to pass laws intended to politicize the Supreme Court and strip Americans of their constitutional rights.

For decades, in Alabama and across the country, we’ve been fighting in the courts and the streets to protect people’s right to abortion. Just this last week we mobilized tens of thousands of our members to join our partner organizations at nearly 500 events across the country. Alabama isn’t alone in its efforts to roll back the clock to an era where abortion was illegal. Earlier this year, Kentucky, Georgia, Ohio, and Mississippi also enacted abortion bans. We’ve filed suit against the Ohio and Kentucky bans, and we’re in the process of putting together a legal challenge to Georgia’s as you read this.

Lawmakers in these states want you to forget the truth: Abortion is constitutionally protected, and you have the right to access one without having to apologize or explain yourself to any government official — anywhere. These bans are unconstitutional, and none of them have gone into effect, including Alabama’s, and we aim to keep it that way.

The ACLU stands with our partners and allies in Alabama — and across the country — in telling lawmakers that they will not impose their extremist views on us, and their attack on abortion rights won’t succeed.