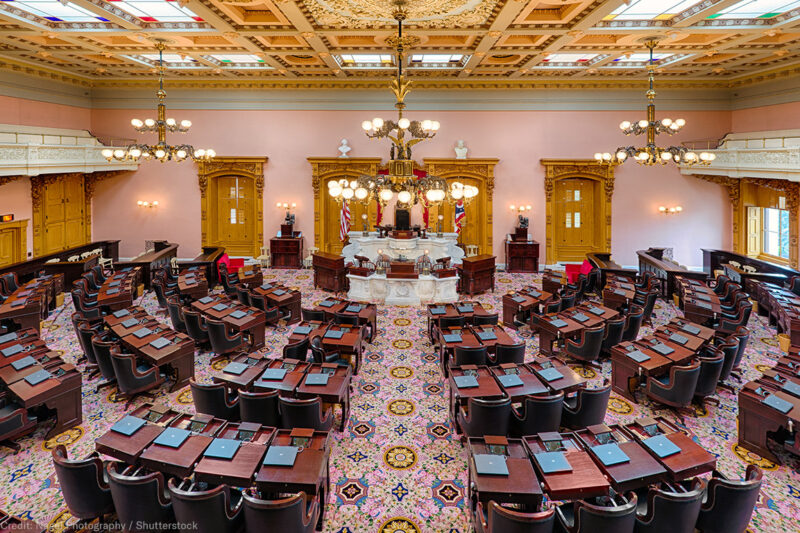 Anti-abortion politicians wasted no time going after Roe v. Wade after the midterm elections. Last week, the Ohio House of Representatives passed a ban on abortion starting at six weeks in pregnancy, which would effectively ban almost all abortions given that most people don’t know they are even pregnant at that time.

The bill is blatantly unconstitutional. If it passes, we will challenge it, and it will likely be blocked by the lower courts. But make no mistake: This bill is designed to directly challenge the fundamental constitutional right to abortion. As the bill’s author said, “We literally crafted this legislation to be the arrow in the heart of Roe v. Wade. It is made to come before the United States Supreme Court.”

In other words, the bill’s supporters know this bill is unconstitutional, but they passed it anyway in hopes that it will make its way through the courts, eventually arriving at the Supreme Court.

The administration recently issued final rules rolling back the contraception coverage benefit of the Affordable Care Act. If those rules are not blocked by the courts, they would authorize nearly all employers to block insurance coverage for birth control because of the employers’ moral or religious beliefs.

The same day, the Trump administration also proposed a rule that would create burdensome and unnecessary regulations designed to cause insurance companies in the Affordable Care Act’s health insurance marketplace to stop covering abortion. This could push the procedure out of reach for many of the 1.3 million people who purchase plans through the government marketplaces and possibly more if insurers opt to drop coverage in additional plans.

“We literally crafted this legislation to be the arrow in the heart of Roe v. Wade. It is made to come before the United States Supreme Court.”

It’s, therefore, no surprise that Ohio anti-abortion politicians followed in the Trump administration’s footsteps. And Ohio won’t be the only state to do so. Most legislatures come back into session in January, and we expect an onslaught of attacks on access to reproductive health care, on top of all the battles we are currently fighting. Since 2011, states have enacted more than 400 abortion restrictions. There are already more than a dozen challenges to abortion restrictions winding their way up to the Supreme Court. The question now is this: What will the Supreme Court do?

No one can predict the future, but we are deeply concerned that Roe v. Wade and the right to access abortion is in peril given the recent changes in the Supreme Court. And it is not just whether Roe will be overturned — Roe could be eviscerated without being technically reversed. But that would have the same effect for many people.

For example, a state could pass a law that has no medical justification but could be upheld even if it shutters clinic doors. This is not hypothetical. Right now there are six states that have one abortion clinic standing, and anti-abortion politicians in some of those states are trying to shut them down. For example, in Kentucky, Gov. Matthew Bevin tried to shut down the last clinic by revoking its license for failure to have a written transfer agreement with a local hospital. We prevented the clinic’s closure by going to court, and the judge ruled in our favor in September. The governor, however, has appealed.

Low-income people, people who live in rural areas, and young people will suffer the greatest when clinics are forced to close. Abortion will be pushed out of reach with devastating consequences to their lives, including spending years in poverty or being tethered to abusive partners. It means nothing if the right to abortion exists on paper but people have nowhere to go to get one.

The alarm bells should be ringing. It was heartening to see the Ohio House packed with people protesting the passage of the abortion ban. But the anti-abortion forces are definitely out in full force, including passing ballot measures in Alabama and West Virginia removing protections for abortion at the state level. Those of us who want to see the right to access abortion protected must stand up. We are at a critical moment in history, and now is the time for your voice to be heard.