Arkansas Politicians Continue to Push Abortion out of Reach. So We Sued. Again. 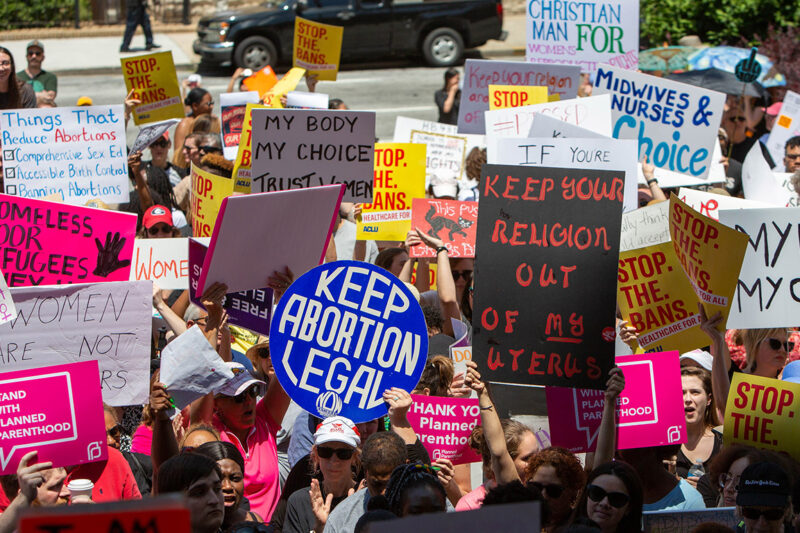 Across the country, extremist politicians emboldened by President Trump’s agenda have passed a tsunami of abortion bans and restrictions, each one more cruel and outlandish than the last. Elected officials in Arkansas have the shameful distinction of having been at the forefront of this nationwide crusade to criminalize abortion, and the ACLU has gone to court again and again to block these laws from taking effect.

This year, Arkansas politicians sank to a new low with a trifecta of unconstitutional laws designed to eliminate access to safe and legal abortion in Arkansas — and once again, we’re taking them to court. The ACLU, the ACLU of Arkansas, and Planned Parenthood are suing on behalf of Little Rock Family Planning Services, Planned Parenthood Great Plains, and two physician providers to stop these laws from taking effect.

Instead of taking steps to improve health care for Arkansas families, Arkansas legislators are again targeting abortion providers with medically unnecessary restrictions intended to close clinics and push abortion even further out of reach. In the state with the third highest maternal mortality rate in the country, it is shameful that Arkansas politicians are spending their time passing blatantly unconstitutional laws masquerading as an attempt to protect people’s health. The laws do nothing to improve the safety of abortion (which is already incredibly safe) and instead will decimate the ability of people to get care in a state that is already down to only three abortion providers.

Unfortunately, Arkansas is not alone in attempting to shut down clinics in order to prevent people from getting the care they need. Our neighbor, Missouri, is down to just one clinic, and the state is using bogus restrictions to shut it down. And five other states have only one clinic providing abortion left.

Arkansas legislators didn’t stop there. They also passed two different abortion bans that directly violate Roe v. Wade. The first bans abortions at 18 weeks of pregnancy, even if the woman’s health is in danger. The second bans abortion based on a person’s motivation for seeking one. This would turn patients into suspects, health providers into investigators, and clinics into interrogation rooms. They’ve tried to disguise this ban as an effort to stop discrimination against people with disabilities, but the ban does nothing to actually improve the lives of people living with disabilities.

This isn’t the Arkansas we want to live in. Our communities are strongest when families can access medical care, make their own personal decisions, and are treated with dignity — regardless of when or whether they decide to become parents.

Our lawsuit notes that the two abortion bans (Act 493 and Act 619) stand in direct conflict with the U.S. Supreme Court’s ruling in Roe v. Wade by outright banning abortion prior to viability. The third law, Act 700, also violates the Supreme Court’s 2016 ruling in Whole Woman’s Health v. Hellerstedt by imposing significant burdens on abortion access with no medical or health benefit.

Even more fundamentally, these laws are antithetical to our values and to the basic principle of personal autonomy. The decision about whether and when to become a parent is one of the most deeply personal decisions anyone can make. Politicians should never have the right to make that decision for us.