Georgia Tried to Ban Abortion, So We Sued. 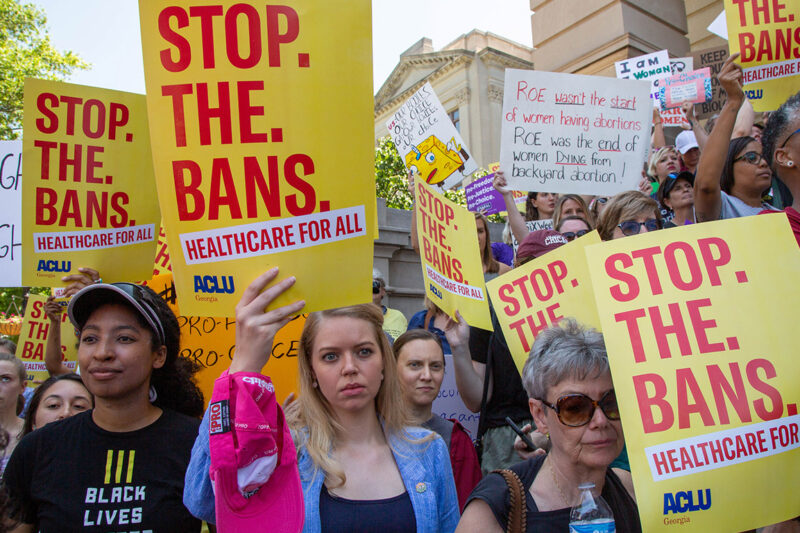 Alabama. Arkansas. Kentucky. Ohio. And today, Georgia. That’s the list of states where the ACLU has had to go to court over the last few months to challenge laws banning abortion.

The Georgia law bans abortion at six weeks of pregnancy and is in clear violation of the Supreme Court’s decision in Roe v. Wade. In fact, that is the whole point of the law. Georgia politicians, including Governor Brian Kemp, emboldened by President Trump’s appointment of two new justices to the Supreme Court, think this is their chance to get the court to take away the constitutional right to abortion altogether.

But we aren’t going back. Together, with a broad coalition of health care providers and advocates, including SisterSong Women of Color Reproductive Justice Collective, Planned Parenthood, and the Center for Reproductive Rights, we’ve asked the court to block the law before it ever goes into effect. It’s important to know that the law is not in effect now. Abortion is still legal in Georgia and we intend to keep it that way.

Taking away a person’s ability to get an abortion is inexcusable and unconstitutional. But Georgia lawmakers weren’t content to stop there. The law they passed also threatens access to a vast range of routine treatments that people need when they are pregnant. For example, a physician could face criminal prosecution for prescribing antibiotics that accidentally harm an embryo or fetus. Such a threat can only drive doctors away from treating pregnant Georgians.

Lawmakers who pushed this bill claim they want to protect life, yet the effect of this reckless law would be to endanger people. And pregnant people in Georgia already face unacceptable risks. According to Georgia’s own Department of Public Health, women in the state die from pregnancy-related causes at one of the highest rates in the nation. Black people, in particular, die at three times the rate that white people do. That is so even though over 60 percent of pregnancy-related deaths in the state are preventable.

Rather than address these real threats to the well-being of Georgians, the state’s politicians have chosen to make pregnancy even riskier by subjecting doctors to criminal prosecution and interfering with a patient’s decisions — intruding where politicians have no business.

Abortion bans place people in danger, period, and Georgia’s is no exception. Whether someone seeks to terminate a pregnancy or to have a baby, the Georgia bill would strip them of their rights and needlessly expose them to harm.

With this lawsuit, we and our partners are sending a clear message to those who passed this bill: they will not succeed. We are confident that the law will not pass muster with a court, and that the authority to make important medical and life decisions will remain in the hands of Georgia’s people, not its politicians.