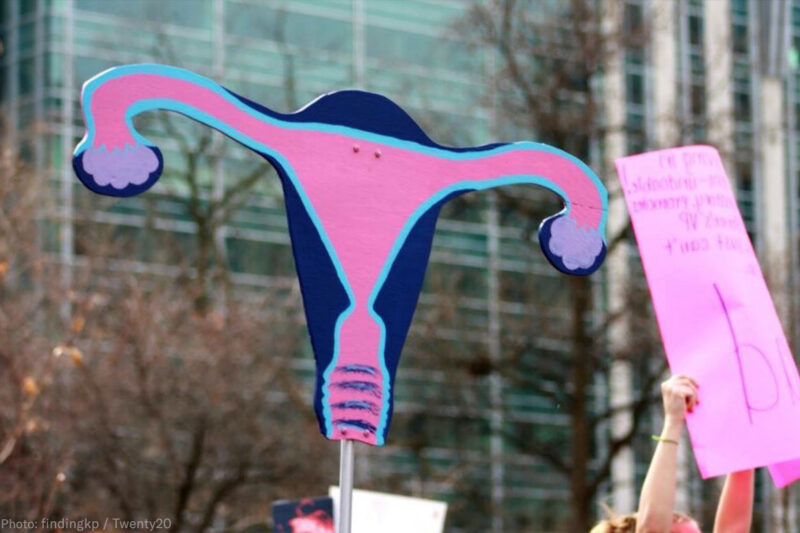 On May 4, Iowa earned the dubious honor of signing into law the most extreme abortion restriction in the nation. The measure prohibits most abortions after six weeks into pregnancy — long before many women even know they’re pregnant.

The good news is it will likely be blocked before it ever goes into effect because the ACLU of Iowa, Planned Parenthood, and the Emma Goldman Clinic are suing and a similar ban from North Dakota was previously struck down.

The bad news is the political theatre surrounding the passage and invalidation of overreaching laws like this one frequently obscures the harmful effects of other abortion restrictions that are equally pernicious but deemed more moderate by comparison.

While red states jockey with each other to see who can pass the strictest abortion law in the hope that theirs will be the one a future Supreme Court uses to overturn Roe v. Wade and eviscerate constitutional protections for abortion rights, state legislatures have quietly passed more than 400 antiabortion measures since 2011.

This is not to say that their long game should be ignored. Measures like Iowa’s six-week ban reveal their proponents’ true goal to outlaw all abortion, plain and simple, and the prospect of a bad decision by the Supreme Court will continue to loom large for some time.

But the fact of the matter is that the court does not yet have quite enough votes to do away entirely with Roe. To be sure, if Trump is able to replace just one of the current liberal or moderate justices, the historic ruling will be in genuine danger. Conservative lawmakers are gambling that by the time one of their dangerous and antiquated bills winds its way up to the highest tribunal in the land, the balance on the court will have shifted in their favor.

In the meantime, however, states have found plenty of ways to erode access to abortion care even with Roe still in place — and we must not lose sight of that fact.

Seven states have only one abortion clinic remaining. Thirty-nine percent of women of reproductive age live in a county that has no abortion providers, and 58 percent of such women live in a state that has been classified as hostile to abortion rights because it has passed at least four major abortion restrictions.

These abortion regulations come in the form of biased counseling laws that force providers to recite scientifically questionable information to their patients, waiting periods that necessitate multiple trips to a health center before having an abortion, unnecessary clinic requirements that specify the width of hallways or make doctors obtain admitting privileges at nearby hospitals, and provisions that deny insurance coverage for abortion care, among a host of others.

The thousands of state antiabortion provisions adopted since Roe was decided 45 years ago do nothing to improve patient safety, all while delaying care, increasing health risks, and inflating financial costs.

Unfortunately, the constant attacks on abortion rights show no signs of slowing down — instead, they appear to be picking up steam. Last year, 19 states adopted 63 restrictive measures, reaching the highest point since 2013. And during the first quarter of 2018 alone, five states enacted 10 new abortion laws and 37 state legislatures introduced 308 limits on abortion, not to mention 39 on contraception.

Against this backdrop, it becomes clear that Iowa’s latest foray is but one more attempt by some politicians to interfere with the most personal decisions of a woman and her family. It is up to us to fight back and say enough is enough.