Kansas to Pregnant Women: "A Little Lie from Your Doctor Won't Hurt You" 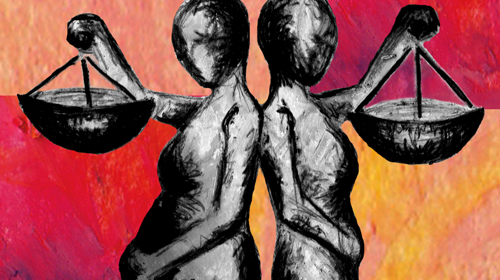 It’s what every pregnant woman I know dreads. Going into that big ultrasound, having the ultrasound tech, who had been so chatty, suddenly go silent. Having her do sweep after sweep across your belly without saying another word, until finally, she gets up and solemnly says, “I am going to get the doctor.”

As far as pregnancy nightmares go, I thought that was one of the worst. But now politicians in Kansas are giving pregnant women and their partners something new to worry about. Buried in a sweeping anti-abortion bill is a provision that would immunize a doctor who discovers that a baby will be born with a devastating condition and deliberately withholds that information from his patient. That’s right. If the bill passes, a doctor who opposes abortion could decide to lie about the results of your blood tests, your ultrasound, your cvs or your amnio. Lie to you so that you won’t have information that might lead you to decide to end your pregnancy or that might lead you to learn more about your child’s condition so that you are prepared to be the best parent you can be to your child.

Now, I have been working for a long time defending the right of a pregnant woman to make the best decision for herself and her family, whether that is continuing the pregnancy, adoption, or abortion, based on full, accurate information. I thought I had seen just about every manner of government intrusion into those fundamentally personal and private decisions. I thought I was past the point of being shocked and outraged. But as a mother who has been through those ultrasounds myself, the thought that my doctor could choose to withhold this information from me and take this decision away from me and my husband … well, let’s just say it really touched a nerve.

And, unfortunately, it’s not just Kansas. Other states motivated by anti-abortion zeal are jumping on the it’s-ok-for-doctors-to lie-to-their-patients-to-prevent-them-from-having-an-abortion bandwagon. Oklahoma recently passed a similar law. And, the Arizona legislature is considering a similar bill.

But I guess I shouldn’t be surprised. Despite the rhetoric of anti-abortion politicians about how all these restrictions are necessary to ensure that women’s decisions are well-informed, it’s never been about that. Doctors who provide abortions already work hard to ensure that every woman has the information she needs to make the best decision for herself and her family. What these bills are about is politicians who think they know better than women and who are trying to impose their own views on abortion on a woman and her family regardless of the circumstances: That’s what’s behind those now infamous ultrasound bills in places like Virginia, Idaho, and Pennsylvania. That’s what’s behind the bills in Georgia and Arizona that would ban abortion at the point when a woman often learns about a devastating diagnosis. And that is what is behind so many of the other bills working their way through the state legislatures right now. The Kansas bill is, in a way, just more upfront about it.

Well, enough is enough. We may not all agree about abortion, but we can all agree that these decisions ought to be made by a woman and her family, not a politician. So, whether you are a man or a woman; whether you are already a parent or think you might become one in the future; whether you are blissfully pregnant or unhappily so, if you care about your right to make your own decisions, I ask that you help get the word out. Share this blog on Facebook and Twitter. Send an email with this link to the President of the Kansas Senate. Tell the politicians all over the country to stop interfering in a family’s personal and private decisions.