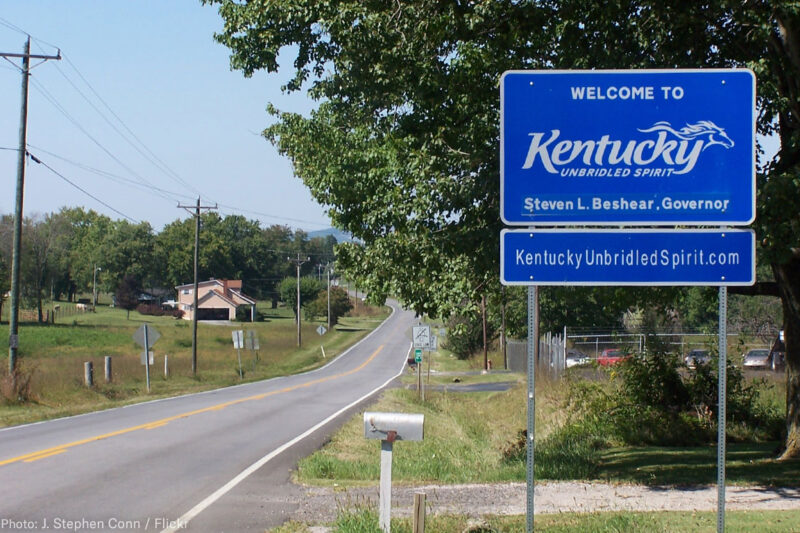 For the third time in two years, the ACLU has sued Kentucky for blocking access to abortion. We’ve been here before. Once again, the Kentucky General Assembly passed a bill that limits abortion access and, once again, Gov. Matt Bevin signed it into law.

The new law, signed yesterday, makes it a crime for doctors at Kentucky’s last remaining abortion clinic to perform a safe and medically proven abortion procedure known as dilation and evacuation, or “D&E.” Leading medical experts such as the American Congress of Obstetricians and Gynecologists oppose this type of abortion restriction. Earlier this month, an evidence-based and non-partisan report from the National Academies of Science, Engineering, and Medicine described D&E as a “superior method” of abortion after 16 weeks, finding that it is extremely safe with minimal complications.

While the law was being considered in the legislature, two obstetrician-gynecologists testified against the ban, pointing out that a woman’s health, not politics, should drive important medical decisions. But lawmakers disregarded the comments and expertise of these medical professionals and passed the bill anyway.

The advocacy director of the ACLU of Kentucky also testified in opposition to the bill, stating that similar bans in Kansas, Oklahoma, Alabama, Louisiana, Texas, and Arkansas have all been blocked when challenged in court. But lawmakers disregarded her comments, too. Women came to the Capitol to share their abortion stories and faith leaders came to ask legislators to respect peoples’ autonomy to make their own decisions. Lawmakers disregarded all of their comments.

This restriction is part of a national strategy to push abortion out of reach. Since January 2011, state lawmakers around the country have enacted more than 400 new restrictions on abortion that force patients to delay care, shut down clinics, and make abortion care unaffordable. Last year in Kentucky, the ACLU sued and successfully blocked an attempt to force doctors to narrate an ultrasound before an abortion procedure. The state is now appealing that decision. We also sued to keep the doors at Kentucky’s last clinic open when the state attempted to enforce unconstitutional and medically unnecessary restrictions that would have forced the clinic to shut down. We’re waiting for a judge’s ruling in that case.

Kentucky politicians are determined to limit a woman’s ability to get safe and affordable abortion care. But we won’t turn from this fight. We are determined to battle them in court so that Kentuckians can get the care they need and the right to decide what happens to their bodies.