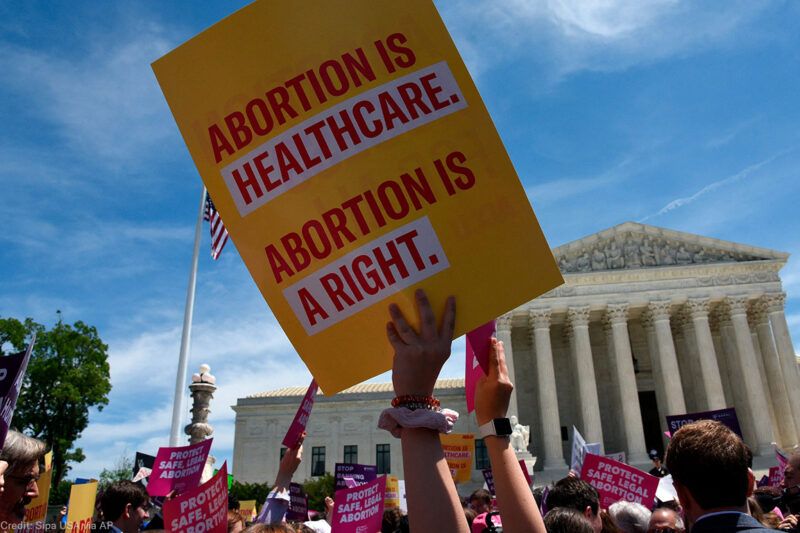 Across the country, people are talking about abortion as legislatures in the South and Midwest mount a full-scale attack on our reproductive freedom. Naturally, people are stressed and angry. I am too. I’ve been fighting to protect abortion access for more than 25 years.

Don’t get me wrong. That’s not to take away from outrage over the bans. I’m also agitated about the wave of states — Alabama, Kentucky, Ohio, Georgia, Mississippi, and Missouri — that have passed abortion bans and states, like Louisiana, rushing to add their names to the list. Those of us who care about people’s right to access abortion are right to decry and protest this wave of bans and the contempt for women they flaunt.

The bans tell us that opponents of abortion rights are emboldened. They know they have a friend in the White House, and they think the Supreme Court may be theirs as well. Trump, after all, promised to appoint justices who would overrule the right.

But the court may not go that route, at least not immediately. A reversal of such a prominent and politically charged precedent so soon after Trump’s election will raise questions about the integrity of the court. The court would risk being seen as just another political department, one controlled by “Trump Justices.” After all, the court reaffirmed the right just three years ago. The only thing that has changed is the personnel on the court.

What’s more, any headline declaring a reversal of Roe would almost certainly reverberate at the ballot box — and if polling is correct, not to the benefit of the Republican Party. There’s reason to think some justices are not indifferent to that prospect.

Besides, they don’t need the big win to do a lot of damage to women and their reproductive freedom rights.

The Supreme Court, for example, could let stand a decision of the U.S. Court of Appeals for the Fifth Circuit upholding a Louisiana rule that doctors who provide abortions have to have admitting privileges at a local hospital. This burdensome requirement effectively prevents most abortion clinics from operating. In 2016, the Supreme Court held an identical requirement from Texas unconstitutional, finding there was no benefit to health to justify the burdens it would impose. But the court of appeals said Louisiana was somehow different. (Spoiler alert: It’s not.)

If the court declines to review the Louisiana decision, the Fifth Circuit’s ruling will stand, and there will be just one doctor left in the state of Louisiana providing abortions. Kentucky is pressing to enforce a similar law. If it succeeds, the last clinic in the state would shutter its doors. (Kentucky is one of six states that have only one abortion clinic to serve the entire population.) Today only a court order stands in the way of that outcome. These requirements didn’t generate the national reckoning that this wave of outright bans has, but they could nonetheless all but eliminate abortion access for many women.

Will there be a cry of outrage when one of these states manages to close the last clinic in the state? The moment is coming. For people in that state seeking abortions, when that happens, the reality is the same as if Roe and the later cases reaffirming the right had been reversed.

These “admitting privileges” laws are only one kind of restriction working its way through the state legislatures and courts. Arkansas, for example, wants to require that all abortions be performed only by OB/GYNs, a provision that could shut down clinics without furthering women’s health in any way.

And the Supreme Court is currently considering petitions from Alabama and Indiana asking it to overturn ACLU victories striking down other abortion laws. The one from Alabama would effectively ban abortions after about 15 weeks, even though the court has said that such abortions are a women’s right. Another, this time from Indiana, would ban abortions if they are sought for certain reasons. And a third, also from Indiana, would require women to make an extra unnecessary trip to a clinic before getting an abortion, a requirement that the courts below found would prevent people from getting an abortion.

All of these laws were blocked by the federal courts of appeals. If the Supreme Court takes any up any of these cases, we should all be concerned that they are gearing up to undermine the right as it exists today.

Many people already can’t access the abortion they need. Federal Medicaid bans coverage for abortion, and many women can’t raise the funds. Women living in rural areas can’t always travel the distance to reach a clinic. Yet some states paternalistically require people to travel to a clinic twice before they can access abortion services.

Abortion is still a legal right, but the gap between what that means in practice in states across the country is growing wider by the day. We don’t need to see a reversal of Roe v. Wade for states to shut their last clinic and huge numbers of people have their right to access abortion taken away from them.

There are many ways we can lose our rights. We need to fight them all.