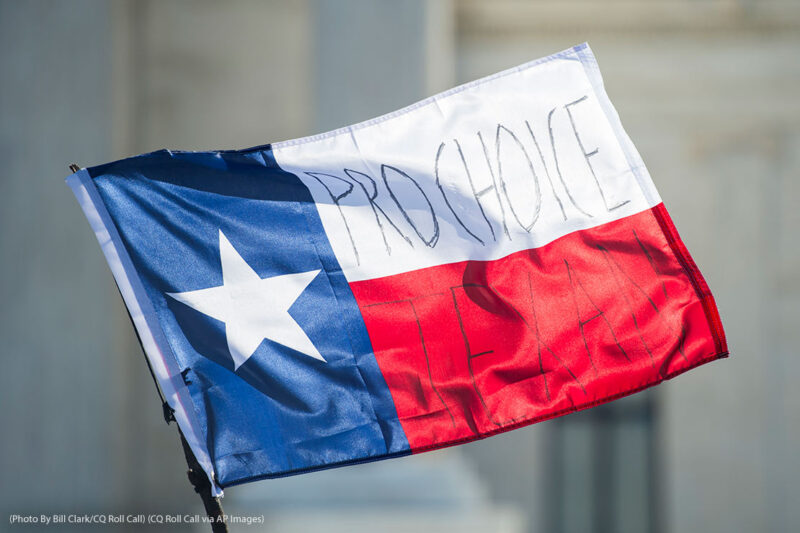 In seven Texas cities, anti-abortion politicians have named those who advocate for abortion access as “criminal organizations.” We’re suing.

They are seven cities in East Texas that, within the last several months, each passed so-called “sanctuary city for the unborn” ordinances — moves that are blatantly unconstitutional.

Waskom, Texas was the first municipality to pass such an ordinance in July 2019. Soon after, other east Texas cities followed suit. The ordinances attempt to ban abortion within the cities if Roe v. Wade is overturned, and some of them even try to ban emergency contraception.

The ordinances also declare organizations working to protect the right to abortion, including our clients Lilith Fund and Texas Equal Access Fund (TEA Fund), as “criminal organizations,” even though they have done absolutely nothing wrong. The ordinances function to silence abortion advocates, preventing them from operating and even speaking about abortion access within the city limits.

These ordinances constitute an outright attack on abortion and free speech, which is why today we filed a lawsuit against these seven cities.

The laws that claim abortion will be illegal if Roe is overturned have a dangerous chilling effect. They confuse residents about their rights and increase stigma against people who have abortions — even though abortion remains legal in Texas and everywhere in the country. And at the same time, the ordinances prevent any attempts to clear up that confusion, banning the kind of speech that could educate people about their rights and access to abortion in the cities.

Under these local laws, our clients cannot speak up about abortion rights, recruit volunteers to help them do their important work, or congregate to share informational materials in these cities without worrying about getting sued. The laws intentionally and unconstitutionally obstruct our plaintiffs’ ability to do their jobs, impeding the advocacy work that is integral to their mission.

In contrast, anti-abortion organizations face no such restrictions, remaining free to undermine access to reproductive health care without legal ramifications. It’s this targeted and discriminatory suppression of speech and assembly that violates our clients’ First Amendment rights — and exactly what we are challenging in our lawsuit.

Like most Americans, the majority of Texans believe that abortion should remain legal. Regardless of the efforts of anti-abortion extremists who are trying their best to spread their ideology across Texas — in some cases, going so far as to pressure town leadership to pass copycat anti-abortion ordinances — abortion remains a right.

So, we’ll see the cities of Waskom, Naples, Joaquin, Tenaha, Rusk, Gary, and Wells in court. Abortion is health care, and the organizations that advocate for it should not be silenced.