Voters to Personhood: Stick a Fork In It. You’re Done. 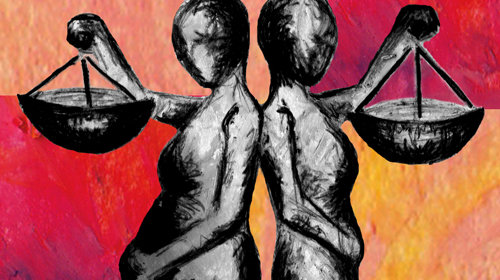 This year, voters have overwhelmingly rejected personhood initiatives sending messages to personhood proponents, as in: ‘over.’ ‘Finito.’ Not interested. The fat lady has sung and your idea is a loser.

You would have thought the writing was on the wall. Last November, voters in Mississippi decisively defeated a personhood initiative which, if passed, would have amended the state Constitution to grant legal rights to fertilized eggs, and in the process ban many forms of hormonal contraception and in-vitro fertilization, not to mention all abortions – without exceptions. Mississippians resoundingly rejected that proposal by a 16- point margin. And that was in Mississippi, arguably the most conservative state in the nation.

Apparently, the message wasn’t clear enough. Instead of realizing that this extreme proposal would not gain traction anywhere, personhood proponents announced their intention to get proposals on the ballot in not one, but one dozen states this year. But as in Mississippi, voters weren’t buying what they were selling and they fell well short of their mark. Voters across the country—in Oklahoma, Ohio, Oregon, Mississippi (again), Montana, Nevada, Arkansas, Florida and California—all declined to sign petitions in large enough numbers to even put the question on their ballots this fall. And that’s not including the states where politicians tried to pass personhood legislation—that too went nowhere (I’m looking at you Alabama, Mississippi, Georgia, Iowa, Oklahoma, South Carolina, Washington and Wisconsin).

Up until yesterday, it looked like fetal personhood would only be able to make it on the ballot this year in just one state: Colorado, the home of Personhood USA (the national organization behind these efforts); a state with, let’s be honest, one of the lowest thresholds in the country for petitioning measures onto the ballot. Out of a population of over 5 million, they needed only 86,105 valid signatures — or 1.7 percent of the public – to get the initiative on the ballot. Indeed, Colorado is the only state where personhood proponents have succeeded twice in getting on the ballot in the past– in 2008 and again in 2010. Both times, voters rejected fetal personhood by a 2 to 1 margin. This year was different—they couldn’t even find 1.7 percent of the public willing to sign their petition, let alone vote on it. Two percent of voters think Mitt Romney’s first name is “Mittens” for crying out loud. If you can’t find 2 percent of voters who agree with you, it’s time to throw in the towel. Time to pack your bags and go home. The voters have spoken and they’re not interested.

Are you listening this time?