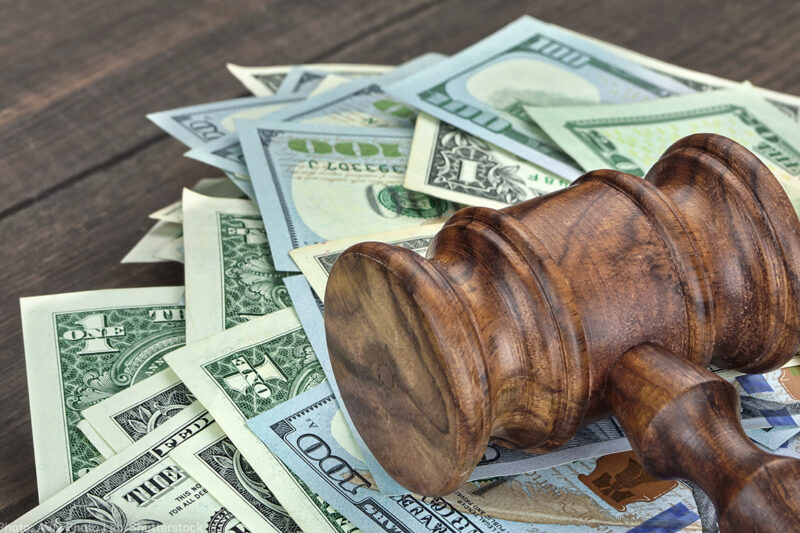 Last year, Attorney General Jeff Sessions signaled federal government retrenchment on ending debtors’ prisons — the unlawful incarceration of poor people who cannot afford to pay court fines and fees — when he withdrew a critical 2016 guidance on the constitutional principles violated by this practice.

But civil society has stepped in to take the lead.

Last week, the American Bar Association’s House of Delegates voted unanimously to adopt 10 guidelines on ending debtors’ prisons and related practices that criminalize poor people, marking the 400,000-member organization’s most expansive policy position on a criminal justice issue taken in the past 15 years. This move signals growing bipartisan agreement that no court should lock people up or take away their driver’s licenses or voting rights simply because they do not have money — and that the integrity of our country’s legal system and law enforcement depends on this.

The ABA’s “Ten Guidelines on Court Fines and Fees” are the outgrowth of a task force convened in 2016 to tackle the problem of growing public distrust in the justice system in the wake of high-profile killings of Black people by police. To counter this distrust, a subsequent working group decided the ABA needed to take a strong stand against court practices that treat poor people like ATM machines — the collection of payments toward court fines and fees through warrants, illegal jailing, the coercive suspension of driver’s licenses, voting prohibitions, and even the separation of children from parents who are simply too poor to pay. The ACLU has exposed these modern-day debtors’ prisons in at least 15 states, including through ongoing federal lawsuits like Brown v. Lexington County, South Carolina, which challenges a county system that locks up hundreds of impoverished people each year simply because they cannot pay fines and fees to courts.

The guidelines take a decisive stand against practices that foster a justice system that treats poor people — disproportionately people of color — more harshly than people with money, funneling them into cycles of poverty and punishment, and hurting their families and communities. Take, for example, Guideline 3: “A person’s inability to pay a fine, fee or restitution should never result in incarceration or other disproportionate sanctions.” Or Guideline 5: “Failure to pay court fines and fees should never result in the deprivation of fundamental rights, including the right to vote.” And Guideline 8: “An individual who is unable to afford counsel must be afforded counsel, without cost, at any proceeding, including ability-to-pay hearings, where actual or eventual incarceration could be a consequence of nonpayment of fines and/or fees.”

It means something that these guidelines come from the ABA. ABA members have radically different political and ideological views, and they are affiliated with organizations ranging from the Federalist Society to the National District Attorneys Association to the Black Lives Matter movement. After a year of dialogue and debate amongst hundreds of diverse ABA members, the ABA House of Delegates unanimously adopted the guidelines. This signals a powerful and growing consensus that debtors’ prisons, wealth-based driver’s license suspensions, and other practices that sanction the poor more harshly than the rich are a shameful smear on our country and contrary to our most basic, shared values of due process and equal protection of the law.

The Supreme Court ruled more than 30 years ago that people should never be locked up behind bars solely because they are unable to pay court fines and fees they cannot afford. The ABA has created a tool that the public and every actor in the legal system — legislators, litigators, judges, prosecutors, and defense attorneys — can use to do their part to ensure that debtors’ prisons are truly a thing of the past.