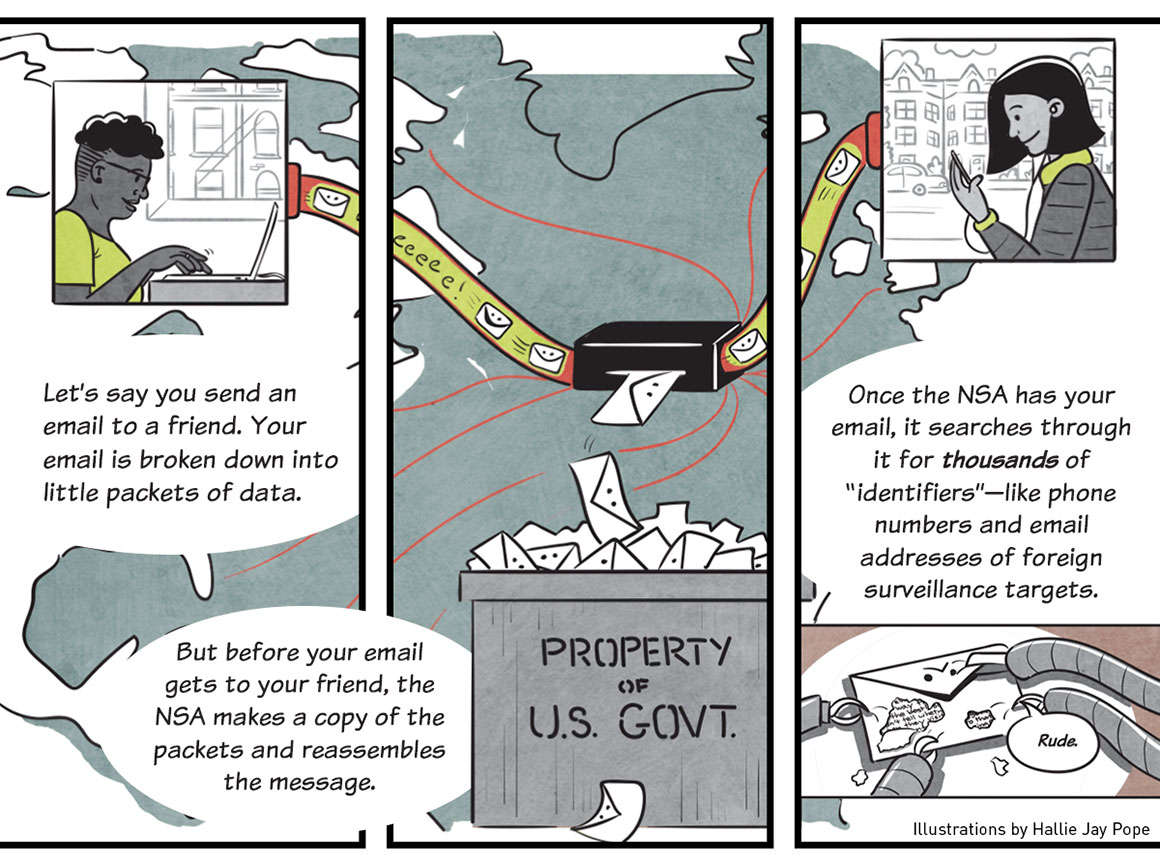 The ACLU is challenging the constitutionality of the NSA’s mass interception and searching of Americans’ international Internet communications. At issue is the NSA’s “Upstream” surveillance, through which the U.S. government systematically monitors private emails, messages, and other data flowing into and out of the country on the Internet’s central arteries. The ACLU’s lawsuit was brought on behalf of the Wikimedia Foundation and eight legal, human rights, and media organizations, which together engage in trillions of sensitive communications and have been harmed by Upstream surveillance.

Although the government has publicly revealed a great deal of information about Upstream surveillance, it invoked “state secrets” to have the case dismissed after years of litigation in the lower courts. In August 2022, the ACLU, Knight Institute, and Cooley LLP filed a petition urging the Supreme Court to hear the case and hold that the state secrets privilege does not permit dismissal given the extensive public evidence. The petition is currently pending before the Supreme Court.

The NSA intercepts and copies private communications in bulk while they are in transit, and then searches their contents using tens of thousands of keywords associated with NSA targets. These targets, chosen by intelligence analysts, are never approved by any court, and the limitations that do exist are weak and riddled with exceptions.

Under Section 702, the NSA may target any foreigner outside the United States believed likely to communicate “foreign intelligence information” – a pool of potential targets so broad that it encompasses journalists, academic researchers, corporations, aid workers, business persons, and others who are not suspected of any wrongdoing.

Through its general, indiscriminate searches and seizures of the plaintiffs’ communications, Upstream surveillance invades their Fourth Amendment right to privacy, infringes on their First Amendment rights to free expression and association, and exceeds the statutory limits of Section 702 itself. The nature of plaintiffs’ work and the law’s permissive guidelines for targeting make it likely that the NSA is also retaining and reading their communications.

The ACLU filed an earlier challenge to surveillance conducted under Section 702 – Clapper v. Amnesty – in 2008. In a 5-4 vote, the Supreme Court dismissed the case on the grounds that the plaintiffs could not prove they had been spied on. Edward Snowden has said that the ruling contributed to his decision to expose the breadth of NSA surveillance in June 2013. Among his disclosures was Upstream surveillance, the existence of which was later confirmed by the government.

After Wikimedia and its co-plaintiffs filed this challenge in 2015, the case was initially dismissed in the district court, only to be reversed in part by the Fourth Circuit court of appeals. Wikimedia was permitted to go forward and relied on the extensive public evidence about Upstream surveillance to show that some of its trillions of communications are being seized and searched by the NSA. However, the district court dismissed the case again in 2018 based on the government’s claims that further litigation was barred by the “state secrets privilege.” On appeal a second time, a divided Fourth Circuit upheld the district court’s dismissal, ruling that although Wikimedia had presented public evidence that its communications are subject to Upstream surveillance, further litigation could expose state secrets. In August 2022, Wikimedia filed a petition for certiorari with the Supreme Court.

Our clients advocate for human and civil rights, unimpeded access to knowledge, and a free press. Their work is essential to a functioning democracy. When their sensitive and privileged communications are monitored by the U.S. government, they cannot work freely and their effectiveness is curtailed – to the detriment of Americans and others around the world. In the face of the government’s claims of secrecy, the Supreme Court should make clear that NSA surveillance is not beyond the reach of our public courts. 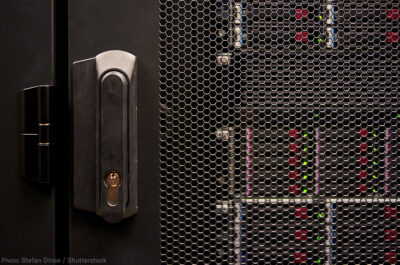 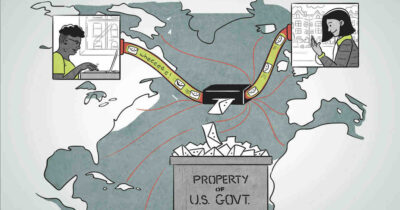 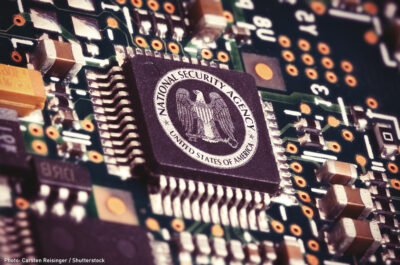 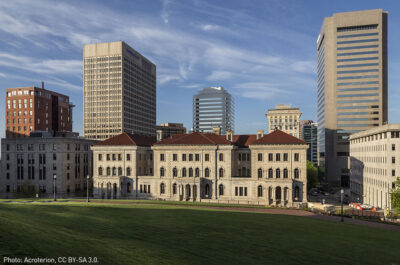 Trying to Keep the Internet Safe From Warrantless NSA Surveillance 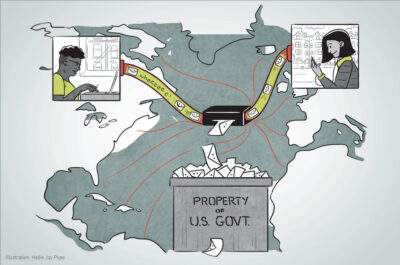