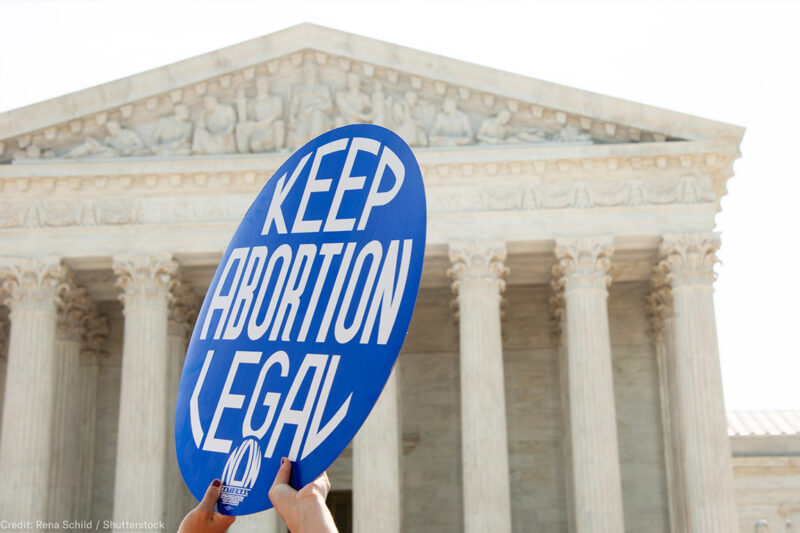 This week, a federal appeals court struck down Alabama’s ban on a safe, medically proven abortion method. The decision shows just how high the stakes are ahead of next month’s Senate confirmation hearings for Brett Kavanaugh, President Trump’s nominee to the Supreme Court.

In recent years, anti-abortion politicians across the country have enacted hundreds of dangerous restrictions aimed at preventing women from obtaining abortions. Alabama has been at the forefront of this coordinated national campaign, with politicians there enacting a multitude of restrictions designed to make it impossible for a woman to get the medical care she needs.

The latest legal battle concerned Alabama’s ban on dilation and evacuation (D&E) abortions. On Wednesday, the Eleventh Circuit Court of Appeals affirmed a lower court order invalidating the ban. The statute we challenged in the case, West Alabama Women’s Center v. Miller, made it a crime for physicians to provide D&E abortions. Had Alabama been permitted to enforce the ban, it would have prevented hundreds of women each year from being able to have an abortion, because D&E is the only outpatient procedure that is available after the earliest weeks of the second trimester. As the trial court that heard the case explained, the state could not “justify such a substantial obstacle to the constitutionally protected right to terminate a pregnancy.” The Eleventh Circuit judges affirmed that decision, explaining that their “role is to apply the law the Supreme Court has laid down,” and as a result of previous Supreme Court’s decisions, the Alabama statute plainly could not stand.

But this positive decision came with an ominous twist. One of the judges wrote separately to note “on the record” that, while Supreme Court precedent required him to block this harmful restriction, if he had a seat on the Supreme Court, he would have upheld the statute and voted to invalidate Roe v. Wade altogether. “The problem I have,” Judge Dubina explained, “is that I am not on the Supreme Court, and as a federal appellate judge, I am bound by my oath to follow all of the Supreme Court’s precedents, whether I agree with them or not.”

This case is one of dozens of reproductive rights cases working their way through the federal court system, any one of which could reach the Supreme Court. They include cases challenging abortion bans like Alabama’s, mandatory delay laws designed to interfere with women’s abortion access, and efforts by Kentucky politicians to close down the last clinic providing abortions in the state. It also includes the ACLU’s legal challenge to the Trump administration’s policy blocking undocumented minors from obtaining abortion care — a policy Judge Kavanaugh was unwilling to put a stop to when the case came before him.

This brings us back to the pivotal juncture where we now find ourselves. Judge Kavanaugh’s confirmation hearings are scheduled to start in less than two weeks, and he has begun meeting with senators. In one meeting this week, he told Republican Senator Susan Collins of Maine that “he agreed with what Justice Roberts said at his nomination hearing, at which he said that [Roe] was settled law.” Some have assumed, notwithstanding Trump’s express commitment to nominating justices who would overrule this landmark precedent, that this statement is sufficient to assure us not to worry about a woman’s right to abortion if Judge Kavanaugh were confirmed to the Supreme Court.

Such an assumption would be dangerous.

Of course Roe is settled law — today. But as the Eleventh Circuit’s ruling this week recognized, there are nine jurists in this country who get to decide what will be settled law tomorrow. Judge Kavanaugh’s agreement with Chief Justice Roberts on this issue should be particularly concerning to anyone who cares about a woman’s ability to actually get an abortion if she needs one. When the issue of abortion access was last before the Supreme Court in a case called Whole Woman’s Health, Chief Justice Roberts, who dissented from the court’s ruling, would have upheld medically unnecessary restrictions that would have shuttered most of the abortion clinics in Texas.

Get Kavanaugh’s position on abortion on the record

Judge Kavanaugh has been nominated to fill the seat of Justice Kennedy, who joined the majority in invalidating Texas’s harmful restrictions. If Chief Justice Robert’s view had prevailed, abortion would have been as good as outlawed for millions of women in Texas, even without the court expressly overturning Roe. One can treat Roe as settled law and nevertheless water down its protections to the point that they are meaningless. The question is not simply whether Roe remains settled law, but whether the constitutional commitments it embodies are fully enforced.

Given the huge stakes of a lifetime appointment to the nation’s highest court, senators must demand detailed, substantive answers from Judge Kavanaugh on this and other fundamental questions. They must insist that he disclose not whether he acknowledges that Roe is settled law, but whether he believes that the Constitution protects the fundamental right to obtain an abortion, and how meaningful that protection is. To paraphrase Judge Dubina, Judge Kavanaugh should be asked not whether he acknowledges all of the Supreme Court’s precedents, but whether he agrees with them or not.

Anything less would be an abdication of senators’ constitutional responsibilities, and a betrayal of the people they represent.