From April 2006 to October 2011, the United States Department of Health and Human Services (HHS) has awarded the U.S. Conference of Catholic Bishops (USCCB) $2.5 million to $4 million annually to fund organizations that provide direct services to trafficking victims under the federal Trafficking Victims Protection Act. HHS does this knowing that USCCB prohibits, based on its religious beliefs, grantees from using any of the federal funds to provide or refer for contraceptive or abortion services.

Through the Trafficking Victims Protection Act, the federal government distributes funds to cover an array of services needed by thousands of individuals, many of whom are women, who are brought into the United States annually and exploited for their labor, including in the commercial sex industry. Many trafficking victims experience extreme violence and sexual assault at the hands of their traffickers. Some become pregnant as a result of rape and some contract sexually transmitted infections, including HIV. Contraceptive and abortion services are critical care for many trafficking victims.

In January 2009, the ACLU asked a federal court in Massachusetts to require HHS to ensure that taxpayer funds distributed through the Trafficking Victims Protection Act are not used to impose religiously based restrictions on reproductive health services.

In March 2012, the court ruled that a religious institution does not have the right to use taxpayer money to impose its beliefs on others. The bishops and the federal government’s appeal is pending in the First Circuit.

In January 2013, the First Circuit Court of Appeals dismissed the case as moot since USCCB’s contract expired and was not renewed. 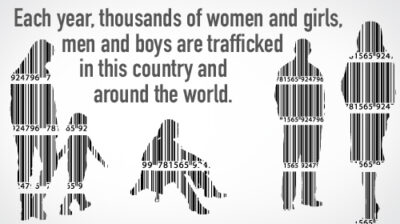 Government Should Focus on HIV Prevention, Not Promoting One Set of Religious Beliefs

Government Should Focus on HIV Prevention, Not Promoting One Set of Religious Beliefs
Support our on-going ligitation and work in the courts Donate now