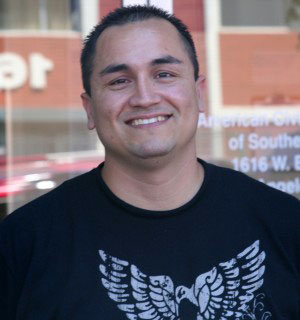 Alejandro Rodriguez is an immigrant from Mexico who was imprisoned more than three years pending completion of his removal proceedings without ever receiving a bond hearing. He came to the United States from Mexico with his parents, as a baby, and grew up as a lawful permanent resident. As an adult, he worked as a dental assistant to support his two children. But he also ran into legal trouble and was convicted of joyriding and misdemeanor drug possession.

Immigration agents detained him after the second conviction and began deportation proceedings to send him to Mexico. He remained in detention while he fought deportation. Three years after he was first locked up, the ACLU filed a lawsuit on behalf of Rodriguez and a class of immigration detainees in the Los Angeles area, arguing the government has no right to hold people for more than six months without a hearing before an immigration judge to determine whether their detention is justified. After the ACLU filed suit, the government released Rodriguez from custody. Ultimately he won his immigration case and kept his lawful permanent residence in the United States.