Mark Zuckerberg made several newsworthy choices this week. One — to invoke Holocaust denial as an example of content that Facebook should keep up because “there are different things that different people get wrong” and “it’s hard to impugn [their] intent” — was ill-advised.

But another — to keep Facebook from diving deeper into the business of censorship — was the right call. On Wednesday, Facebook announced a policy it put in place last month to remove misinformation that contributes to violence, following criticism that content published on the platform has led to attacks against minorities overseas. When pushed to go further and censor all offensive speech, Facebook refused.

While many commentators are focusing legitimate criticism on Zuckerberg’s poor choice of words about Holocaust denial, others are calling for Facebook to adopt a more aggressive takedown policy. What's at stake here is the ability of one platform that serves as a forum for the speech of billions of people to use its enormous power to censor speech on the basis of its own determinations of what is true, what is hateful, and what is offensive.

Given Facebook’s nearly unparalleled status as a forum for political speech and debate, it should not take down anything but unlawful speech, like incitement to violence. Otherwise, in attempting to apply more amorphous concepts not already defined in law, Facebook will often get it wrong. Given the enormous amount of speech uploaded every day to Facebook’s platform, attempting to filter out “bad” speech is a nearly impossible task. The use of algorithms and other artificial intelligence to try to deal with the volume is only likely to exacerbate the problem.

If Facebook gives itself broader censorship powers, it will inevitably take down important speech and silence already marginalized voices. We’ve seen this before. Last year, when activists of color and white people posted the exact same content, Facebook moderators censored only the activists of color. When Black women posted screenshots and descriptions of racist abuse, Facebook moderators suspended their accounts or deleted their posts. And when people used Facebook as a tool to document their experiences of police violence, Facebook chose to shut down their livestreams. The ACLU’s own Facebook post about censorship of a public statue was also inappropriately censored by Facebook.

Facebook has shown us that it does a bad job of moderating “hateful” or “offensive” posts, even when its intentions are good. Facebook will do no better at serving as the arbiter of truth versus misinformation, and we should remain wary of its power to deprioritize certain posts or to moderate content in other ways that fall short of censorship.

There is no question that giving the government the power to separate truth from fiction and to censor speech on that basis would be dangerous. If you need confirmation, look no further than President Trump’s preposterous co-optation of the term “fake news.” A private company may not do much better, even if it’s not technically bound by the First Amendment to refrain from censorship.

As odious as certain viewpoints are, Facebook is right to resist calls for further outright censorship. When it comes to gatekeepers of the modern-day public square, we should hope for commitment to free speech principles.

I would have preferred to see those spelled out, rather than waste time trying to decipher the acronyms. (I don't even know what one of them stands for!)

And honestly, if some stranger on the internet insults me, it is hardly going to ruin my day.

Depends on how you interpret those initials.....G.F.Y......Good For You

That Facebook sucks at actually removing white supremacists isn't a good reason that shouldn't be done in principle. Firstly, hate speech laws are probably a good idea, & secondly, a social media platform probably shouldn't be elevated to the level of a public utility.

Just because someone post something repugnant or just tasteful does not mean that they should be shut down and silenced what kind of society do you actually want to live in? You don't get to pick and choose how much freedom you either have it or you don't. I know people say it's a logical fallacy but the slippery slope is very real and censoring any speech that is not directly calling for violence set a dangerous precedent which cannot be tolerated in a free Society. If someone's a white supremacist and you don't like them you have the freedom to engage them refute their arguments whatever that may be or ignore them if the words they are speaking that you found offensive and yes some white supremacist tennants are directly violent but I'm talking about posts on the internet words not actions.

For instance if someone said Jews need to be exterminated kill Jews. that is dangerously close to a call for violence I can understand your point there.

Then again if someone said that white people must unify and oppose multiculturalism etc whatever that may entail it's not a threat call for violence even if you find a defensive it doesn't mean that their speech should be suppressed.

I am, at this very moment, in “Facebook Jail” for a political comment that, upon my request for a Facebook review, was determined to NOT be in violation of community standards and restored—yet I remain blocked, for I can only assume, the original 30-day susoencion! Facebook’s policy seems to be “censor and punish until proven innocent—then just punish anyway.

You would think you could pay off the penalty quickly to Facebook, maybe in bitcoin, like other people who were locked out of their stuff for with ransomware. Not sure you can write that off as a business expense for the cost of unblocking your Facebook.

...The views are opinionated but are not for the purpose of profit margins.

ACLU is doing the same thing or worse. The ACLU team is censoring speach as well. The other day I wrote a comment and they refused to publish it. Hypocrisy at its best! 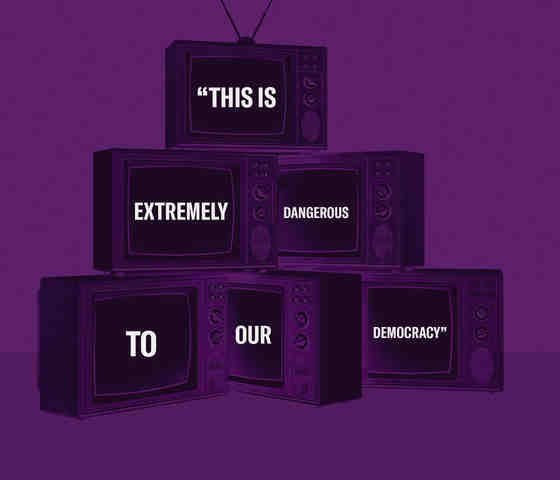