Missouri Should Try Listening to Protesters Instead of Attacking Them 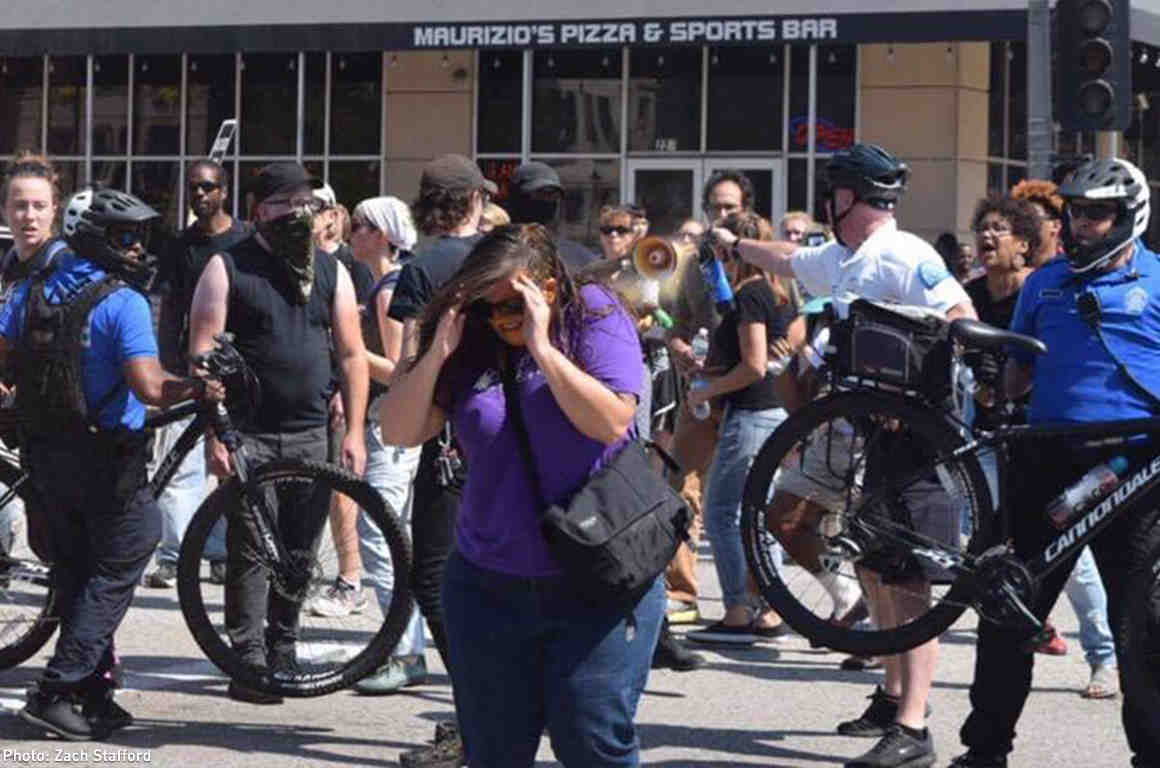 “I think everyone deserves the same rights as I do. I just want peace and justice,” says Maleeha Ahmad, one of the protesters who was pepper-sprayed by police officers in St. Louis last week.

Ms. Ahmad has joined a lawsuit filed by the ACLU of Missouri against the city of St. Louis, arguing that the militarized and overtly aggressive police response to people protesting Jason Stockley’s acquittal violated the protesters’ First Amendment, Fourth Amendment, and due process rights. The ACLU of Missouri also sent a letter to officials in St. Louis reminding them that law enforcement is obligated to refrain from unnecessary and disproportionate use of force against nonviolent protests.

For the past nine days, protesters in St. Louis have decried a Missouri judge’s decision to acquit Stockley, a former St. Louis police officer, of first-degree murder for the shooting death of Anthony Lamar Smith, a 24-year-old Black man. The demonstrations called for justice and an end to the cycle of police brutality that is enabled by court decisions amounting to little more than a slap on the wrist.

What should have been a nonviolent demonstration in St. Louis was sullied by aggression, provocation, and intimidation by St. Louis Police. On the first day of the protests, officers descended on demonstrators wearing state-funded riot gear, full-body riot shields, and helmets. They fired tear gas and used pepper spray on dozens of people. They confiscated and destroyed videos of police activity recorded by observers. The videos that did go public showed people being “kettled,” or corralled into small areas, leaving them trapped in the face of an onslaught of chemical agents.

Acting Police Chief Lawrence O’Toole told a room full of reporters that everything happening in the city was being properly managed. ‘’We’re in control,’’ Chief O’Toole said. ‘’This our city and we’re going to protect it.”

And “their” city it was.

Police arrested more than 100 people on the first night of demonstrations, 80 on the second, and even more in the subsequent days. Protesters, press members, and innocent bystanders were rounded up together the same night police smugly chanted, “Whose streets? Our Streets!” An elderly woman was trampled and then arrested during one of the skirmishes.

The St. Louis Metropolitan Police Department has tried to defend its actions by pointing to singular acts of violence committed by a few people. To some, this may seem like a sufficient justification. Dispersing large crowds ensures everyone’s safety, right? Wrong.

Although police are authorized to issue dispersal orders for unlawful assemblies, law enforcement officials in St. Louis used their power indiscriminately, without making clear when and where those orders applied. As a result, people engaged in a lawful protest — along with observers and members of the press — were trapped and subjected to these violent tactics without the opportunity to disperse.

Further, isolated incidents of confrontation, even violent confrontation, should never be used as a proxy for the legality of an entire political demonstration. If police officers are given carte blanche authority to stamp out protests as soon as someone throws a rock or smashes a store window, then the state will always have an excuse to squelch the constitutionally protected speech of peaceful demonstrators.

Indeed, the First Amendment prohibits this broad-brush approach to state-sanctioned censorship. The Supreme Court decided in NAACP v. Clairborne Hardware Co. that the state cannot declare an entire political demonstration illegal simply because a handful of actors engage in violent conduct. By retaliating against lawful protests with militarized force, without any warning, police impinge on the due process rights of protesters.

We should also be careful not to let police serve as the ultimate arbiters of a demonstration’s legality. Like other institutions in American society, police are vulnerable to implicit biases, rooted in Reconstruction-era theories of Black criminality, that paint protesters of color and the demonstrations they lead as inherently aggressive, dangerous, and fraught. These biases impact the First Amendment rights of protesters to this day.

Like Maleeha Ahmad, Missouri is in need of peace. Only three years ago, the “Show-Me” state was rocked by the death of 18-year-old Michael Brown. If Missouri is to heal, it must start by listening to protesters instead of attacking them. That is the first step down a long road towards ending the continued oppression and injustice Black and brown people face at the hands of law enforcement.