Each week, in immigration courts across the United States, hundreds of children, some as young as a few months old, come before immigration judges and are called upon to defend themselves against deportation. Among them is Arturo,* a three-year-old who arrived at the United States border in April 2014 because family members feared for his life in El Salvador. Although he is only a toddler, the government has put Arturo into deportation proceedings on his own. He has no attorney to help him explain to the court why he should not be deported.

Arturo's case is not unusual. According to the Transactional Records Access Clearinghouse, less than a third of children with immigration cases pending in June 2014 had legal representation.

On Tuesday, the child plaintiffs in J.E.F.M. v. Holder, a nationwide class action seeking to ensure that all children in immigration court have legal representation, asked the federal court presiding over the case to add Arturo and two other children to the lawsuit. In J.E.F.M., the plaintiffs are challenging the government's long-standing failure to provide counsel to children in immigration court and asking the court to order the government to appoint legal representation for unrepresented children facing deportation.

The government has moved to dismiss the suit, arguing that none of the children has been harmed by the lack of representation. But the new plaintiffs and countless other children across the country are being deprived a fair immigration court hearing and are suffering real harm from the government's failure to provide them legal representation.

Arturo was conceived when his mother was raped when she was only 15 years old. After she faced continuing threats from her rapist, Arturo's mother fled El Salvador and left her son in the care of his aunt. However, because his family continued to fear for his safety in El Salvador, Arturo was brought to the border in Texas, taken into custody by the government, and put into deportation proceedings. He is now in the care of his mother in Los Angeles, who is a lawful permanent resident. Without legal assistance, Arturo has no way to explain to the immigration court whether he may be eligible for protection in the United States.

Arturo and other children bringing the case illustrate just how critical it is that children have legal representation in their immigration court proceedings. And yet, in recent months, the government has instituted policies that actually exacerbate the problem. Over the summer, the government announced that it would prioritize the immigration cases of children over those of most adults, creating new "rocket dockets" that give children even less opportunity to find legal help.

Although the government claims that immigration judges have authority to provide children with time to find legal assistance, attorneys and court observers around the country report that children are receiving less time to find attorneys. The problem is made worse because the government is initiating deportation cases against increasing numbers of children, severely straining the limited pro bono legal services available. Moreover, court observers report that immigration judges are asking children to complete complex forms like asylum applications, which must be completed in English, not their native language.

As plaintiffs in J.E.F.M. argue, children simply cannot adequately prepare for these cases on their own. An immigration court system that requires them to do so is fundamentally unfair and violates due process.

Call on President Obama to provide legal representation to all children facing deportation.

I thought you weren't SUPPOSED to represent yourself. I thought that if you did that you supposedly "have a fool for an attorney."
I might as well have never even TRIED to get A's & B's in World History and American Government when I was in my Senior year in high school for all the damn good it's done me in the real world.
The teacher giving us this course was a screaming riot of red and made everything sound like there's no way any deviation from the "pristine" laws of American Justice would ever be breached.
Too bad that while I was taking this class, it was being breached in every way under the sun, except that the DEFENSE was doing all the nasty little breaching. Making up lies and telling stories that had nothing to do with whether a crime was committed.
The victim's living in an orphanage doesn't have a gD thing to do with whether they committed a rape; I don't care if the victim lives on the MOON; no DOESN'T mean yes, as evidenced by the fact that if you pulled out a gun and they said "No," you wouldn't then tell them "No means yes, you said so yourself." Because you sure as hell would get in trouble for THAT, but just let them do anything they want because the victim is a "no good, untrustworthy slut of an orphan." And that was their "brilliant" idea for creating doubt.
It's a load of garbage, and I'll never believe that the "justice system" works FOR anybody but the criminal.
You must have to be a ball of slime to be a Defense Attorney for them; after all, if you make someone have to get the person out of their class to go downtown and explain that she DOES know what a penis feels like - and can differentiate it from a finger (which the defendant claimed he used) - only to use the information to call the person a slut, then you're the most disgusting thing alive.

When will average americans randumly selected like jurors in court are.To vote on the issues that hit the floor of thair congress.To also stop the influence money has on those votes.

These are really sorry people. This boy should be immediately sent back to his loving parents.

The representation is a sad fact. 1. Many people who have nothing continue to be taken advantage by no representation, or no trial by jury. 2. The loss of privacy from the very system that is to Protect our rights no longer exist. 3. The 2 groups NAACP and this one seem to be crushed by the pressure of the government. Racism/Division grows in America. We can do better. Donate only after these organizations take a chance.

We can write all we want be, we must fight for freedom. Spent over 3 million proving that fear is a sad deteriant.

Have we any update on this boy? 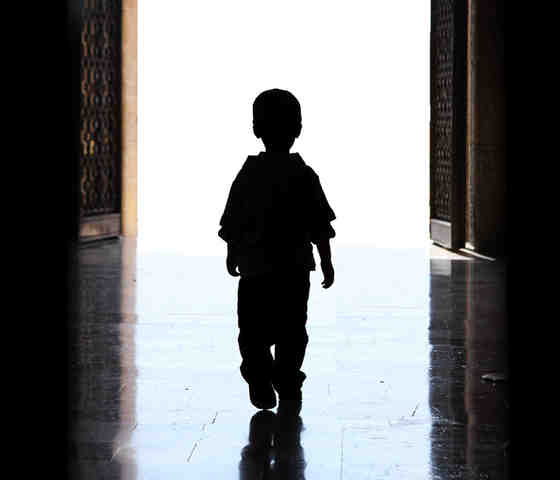