A federal judge in Massachusetts ruled on Thursday that a lawsuit challenging the government’s growing practice of searching electronic devices at the border without a warrant or any suspicion of wrongdoing can move forward. The case was brought by the ACLU, Electronic Frontier Foundation, and ACLU of Massachusetts on behalf of 11 plaintiffs whose smartphones and laptops were searched without warrants at the U.S. border.

The government had sought to dismiss the case, arguing that the plaintiffs lacked standing to sue and that the Fourth and First Amendments provide no protections against warrantless and suspicionless searches of electronic devices at the border. To make its case, government lawyers pointed to routine searches of regular luggage, which border authorities are allowed to conduct without a warrant or any individualized suspicion.

The judge rejected those arguments, finding that the plaintiffs — each of whom has had their phones or laptops searched by U.S. customs officers in the past and were at risk of future searches — could proceed. 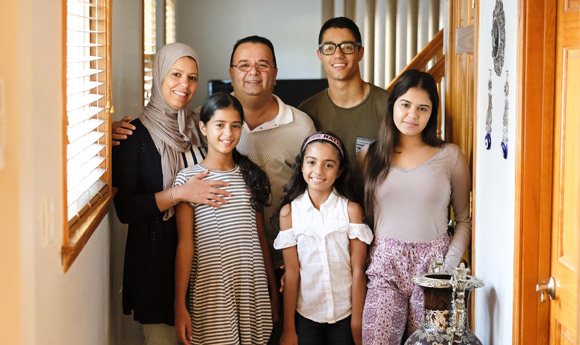 The ruling rejects the government’s argument that searches of electronic devices should be treated the same as searches of luggage and other physical items. Citing the Supreme Court’s 2014 opinion in Riley v. California, which required police to get a warrant before searching a cell phone of a person placed under arrest, the judge explained that “electronic device searches are, categorically, more intrusive than searches of one’s person or effects. The ability to review travelers’ cell phones allows officers to view ‘nearly every aspect of their lives — from the mundane to the intimate.’”

In sum, the Court is not persuaded that Plaintiffs have failed to state a plausible Fourth Amendment claim here. Although Defendants may be correct that the border is different, the Supreme Court and First Circuit have acknowledged that digital searches are different too since they ‘implicate privacy concerns far beyond those implicated’ in a typical container search. In the absence of controlling precedent to the contrary, this Court cannot rule that this Fourth Amendment principle would not extend in some capacity to the border.

The case will now proceed to the next phase, where we look forward to explaining why border agents should have to get a warrant before being allowed to search through our private digital files.

Courts across the country have been addressing how to apply the Fourth Amendment in this context, given skyrocketing numbers of warrantless device searches at the border. Thursday’s decision comes a day after a federal appeals court in Virginia ruled that under the Fourth Amendment, U.S. border authorities cannot search travelers’ cell phones and other electronic devices without individualized suspicion of wrongdoing.

Both decisions join a growing chorus of judges weighing in on the issue in recent years. Given the range of judicial opinions on the matter, travelers enjoy different levels of protection depending on where they live. A nationwide standard that protects their constitutional rights is long overdue.