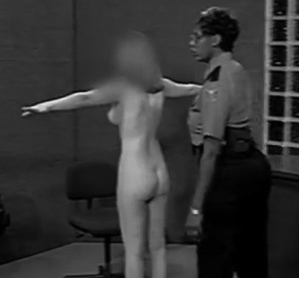 These are quotes from female inmates at Michigan’s Women’s Huron Valley Correctional Facility (WHV) who contacted the ACLU to describe their feelings of humiliation when being forced to undergo this invasive behavior.

Since December, the women report that they no longer have to sit for the search, however the most degrading procedure remains in place -- the women are forced to spread their legs while standing and spread their labia while a guard peers into their vaginal cavity.

(These quotations have been lightly edited for clarity and length. Please be aware that due to the nature of these searches, these complaints often include graphic and sometimes disturbing language.)