Dragnet Surveillance and the English Language 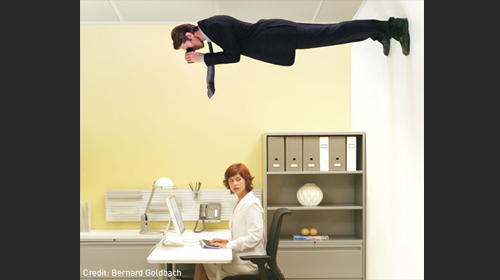 The revelations over the past nine months that the United States is engaging in various mass-surveillance programs that collect and store huge amounts of information about both Americans and foreigners has rightly invited frequent references to George Orwell’s Nineteen Eighty-Four.

Perhaps the most notable of these came from federal district-court judge Richard Leon, who had Big Brother on his mind when—in concluding that the government’s comprehensive collection of Americans’ call records over a seven-year period was likely unconstitutional—he labeled the program “almost Orwellian.” Indeed, these days one cannot help but recall the observation of the novel’s protagonist, Winston Smith, that in the society he knew, “Nothing was your own except the few cubic centimetres inside your skull.”

Judge Leon and others making similar allusions are not at all off the mark. But while Nineteen Eighty-Four is commonly taken as a comment on mass surveillance, its fundamental concern is not technological, but linguistic. For all that Orwell’s “telescreens” recalled Bentham’s panopticon, he trained his broader narrative on the state’s willful manipulation of language in the service of vast, secret power and control. After all, Big Brother’s most potent tool for policing society had little to do with controlling computers, and everything to do with controlling truth. This aspect of Orwell’s novel has been much less discussed during the contemporary debate about the NSA than its portrayal of the all-seeing Party, but it is no less trenchant.

In dreaming up the concept of “Newspeak”—a language intended to make “impossible” any “modes of thought” that are incompatible with state policy —Orwell gave fictional purchase to ideas he’d offered years earlier in his seminal essay, “Politics and the English Language.” There, he addressed the “special connection between politics and the debasement of language,” warning of the grave threat posed to society when “words and meaning have almost parted company.”

Read the rest of the post at The Baffler.