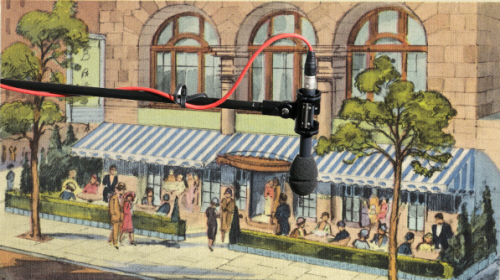 The New York Times has a story today about gunshot location systems, which use microphones installed around a city to detect, and triangulate the location of, gunshots, so that police can be sent to the scene. We have been asked what we think of this technology from time to time since at least 2004.

The technology is in place in almost 70 cities around the United States, according to the Times report. There are several competing manufacturers, and variations of the technology are also used overseas by the military to pinpoint the location of snipers. The domestic technology is claimed to be very accurate, correctly detecting 99.6 percent of gunshots in a National Institute of Justice test—a very low false negative rate, though the Times does not report (and I could not locate online) the crucial other side of the coin: the false positive rate. The difficulty, of course, is distinguishing gunshots from car backfires, firecrackers and other loud noises. The Times did report in a 2009 article that an independent test of one such system found that it “frequently sent the police on wild goose chases” and had little impact on arrest rates. It is possible that the technology has improved, however, or that other systems are more effective than the one tested.

I’ve always been given to understand that this technology could detect gunshots, but not conversations, so I never objected to it, since gunshot detection in a city does not implicate any significant privacy interests.

The Times has discovered that in at least one city, however, the system recorded a loud street argument. And the recording, which was made in New Bedford, Mass., is likely to be at issue in the case against two men charged with murder.

It is not generally legal for law enforcement (or anyone else) to make audio recordings of conversations in which they are not a participant without a warrant. In addition to the apparently accidental eavesdropping reported by the Times, an important question is whether microphones can be remotely activated by police who want to listen to nearby conversations.

We’ll be watching closely to ensure that these systems don’t become the latest way for police to get around the Fourth Amendment. In New Bedford, the district attorney told the Times he thought the recording could be admissible as evidence. If the courts start allowing recordings of conversations picked up by these devices to be admitted as evidence, then it will provide an additional incentive to the police to install microphones in our public spaces, over and above what is justified by the level of effectiveness the technology proves to have in pinpointing gun shots. It will also reduce the incentive of the manufacturers to design these systems so that they only pick up gunshots and not the conversations of people walking down the street.

Independent assessment and openness about the precise capabilities and operation of this technology is also needed to keep it focused on the unobjectionable goal of listening for and locating gunshots.