Setting the record straight on DHS and license plate tracking 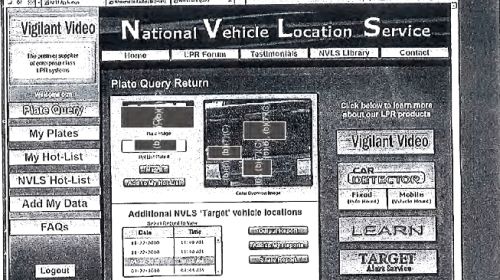 There has been a lot of press coverage in the past couple of weeks about the Department of Homeland Security posting a solicitation for contract proposals regarding access to a national license plate reader database—and DHS’s decision, once mainstream news outlets began covering the story, to withdraw the solicitation. That has led to a lot of triumphant talk about how the agency shelved the plans in the face of widespread public outcry and bad press.

There’s just one problem with this narrative: it’s completely wrong, beginning to end.

First of all, contrary to widespread understanding, DHS’ solicitation for bids had nothing to do with asking a contractor to build a nationwide license plate tracking database. Such a database already exists. The solicitation was more than likely merely a procedural necessity towards the goal of obtaining large numbers of agency subscriptions to said database, so that ICE agents across the country could dip into it at will, as many have been doing for years already. There was never a plan to “build” a plate database. A database almost exactly like the one DHS describes is a current fact. It is operated by a private corporation called Vigilant Solutions, contains nearly two billion records of our movements, and grows by nearly 100 million records per month. As I explain in greater detail here, DHS likely just wanted broader access to tap it.

Second, contrary to the impression that many seem to have that DHS does not use license plate readers, some of the agency’s sub-organizations have been using the technology for years now. Customs, Border Patrol, for example, operates license plate readers at every land border crossing, a fact that has been somewhat widely reported. You have to read beyond headlines like “Department of Homeland Security cancels national license-plate tracking plan” to understand that DHS already makes substantial use of license plate readers, both by deploying its own and accessing privately held databases containing billions of records.

It seems as if many people are under the mistaken impression that we dodged a surveillance-bullet when DHS withdrew this solicitation. We didn’t. A national plate tracking database exists, run by Vigilant Solutions, and it is widely used by law enforcement nationwide. The company is currently aggressively defending in court its ability to track anyone it wants, however it wants. If you’d like to see which agencies have access to its rapidly growing database, you can click here and scroll through the drop down menu. Vigilant has helpfully provided a list for all to peruse.

Unfortunately, lots of misleading information about this issue is spreading like wildfire, leading some activists to claim a very premature victory. But the only thing truly different today is that, thanks to widespread press attention, more Americans than ever are aware of the threat mass license plate tracking poses to our privacy on the open road. What we need now is to find out the extent to which DHS already contracts with Vigilant Solutions, tapping into its massive plate tracking database. I’m sure the first journalist to score those documents will be well rewarded, and I’m eager to see the results.