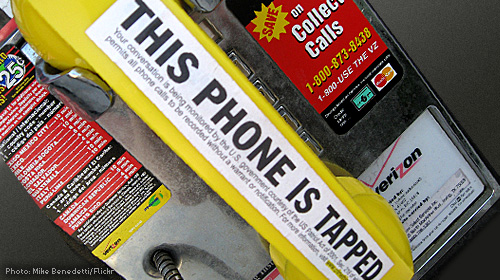 The heartbreak of another Senate vote in favor of dragnet collection of Americans’ communications, however, pales in comparison to the rejection of modest amendments in favor of more FISA transparency and accountability. These amendments would not have limited the government’s spying program in any way; they would have only compelled the government to tell the public what the law says and whether it protects us from government prying.

Sen. Ron Wyden (D-OR), a long-time member of the Intelligence Committee, valiantly fought for a year- and-a-half for basic information about how this surveillance program affects Americans and put a hold on the bill until a debate and amendment process was scheduled. He finally got a vote to force disclosure of whether the National Security Agency is vacuuming up wholly domestic communications or searching through FISA taps for Americans, yet it failed by a vote of 42-52. Sen. Jeff Merkley (D-OR) also went to the mattress over the secret FISA court opinions that determine whether we have constitutional rights to privacy in foreign intelligence investigations. He put the Senate to a vote on whether the administration should be forced to release the court opinions, supply unclassified summaries of them, or explain why they should be kept secret. That one went down 37-54. Simply put, if the public were to find out what the government is doing with our information, or how many of us are affected, the program would be “destroyed,” according to Senate Intelligence Committee Chair Dianne Feinstein (D-CA).

If this news has you ready to throw yourself off of the FISA cliff, take in a few rays of hope from the Senate floor:

Wyden will never, ever give up. Seriously.

So while FISA is done for now, we’ll be calling on you for your support again this year to follow up on these floor promises. Here’s wishing you more robust privacy rights in the new year.