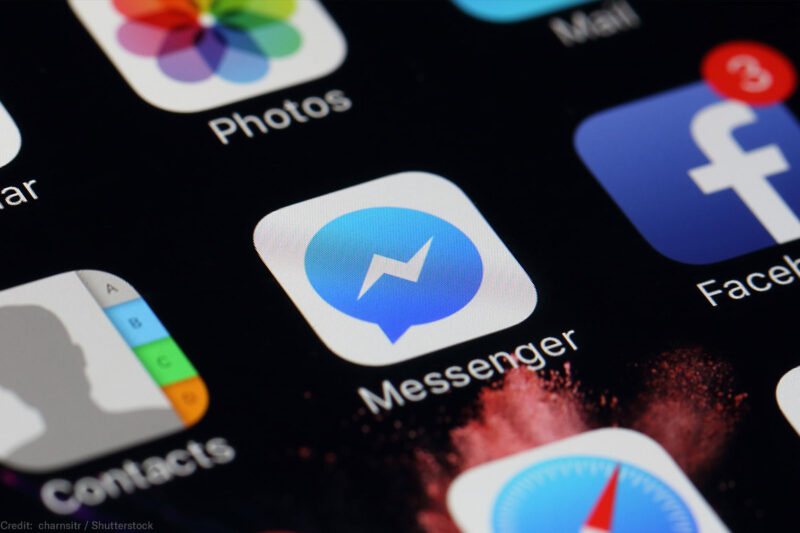 A core tenet of our democratic system is that the people must have a say in the laws that bind them. That’s why secret judicial proceedings and opinions are particularly troubling. Yet this past summer, a critical legal dispute potentially affecting the private communications of millions of Americans was litigated entirely in secret.

According to Reuters and The Washington Post, the Justice Department sought an order from a federal court to force Facebook to wiretap encrypted voice conversations on Facebook Messenger as part of an investigation into the MS-13 gang.

Facebook reportedly refused, saying that in order to comply, it would need to rewrite the Messenger app’s code and undermine its security infrastructure for all users. In response, the Justice Department reportedly tried to have Facebook held in contempt of court — and lost. But all of these proceedings remain under seal.

That’s why on Wednesday, we filed a motion in federal court in California to unseal any secret judicial rulings associated with the government’s failed attempt to make Facebook decrypt Messenger calls. What we’re interested in here are the legal arguments and analysis of the government and the court, so we emphasized to the court that we would not object to appropriate redactions made to protect any details that would hamper legitimate law enforcement investigations.

What is clear is that the public has a right to know the legal reasoning that decided this case — namely, what authority the Justice Department thought it had to force Facebook to undermine its security infrastructure and why the court determined that the government was wrong. This need for transparency is especially true when it comes to surveillance, where the government has a track record of hiding from public oversight.

Some 1.3 billion people around the world use Facebook Messenger, but even more use other communication services such as WhatsApp, Skype, and Microsoft Outlook. Facebook may have won this time, but if the government tries to force another service to undermine its security features and that service wants to fight back, it won’t be able to rely on the court’s reasoning so long as the opinion remains under wraps.

This story is similar to a dispute that took place a few years ago between Apple and the FBI. In that case, the FBI tried to force Apple to create a new version of its operating system that would allow law enforcement to bypass the security features on the iPhone belonging to the accused San Bernardino shooter. At the time, the ACLU supported Apple in court because we believed that the “government’s legal theory would undermine this system and the security of the Internet across the board.” The FBI eventually gave up the legal battle when it found another way to break into the phone.

One critical difference between that case and this one, though, was that the Apple-FBI legal dispute played out in public. Recognizing the importance of the issue, the federal magistrate judge presiding over the matter invited public participation from “friends of the court,” seeking a wide variety of viewpoints and arguments in order to ensure a sound result. Public interest groups like the ACLU filed legal briefs. The director of the FBI wrote an op-ed defending the litigation. The CEO of Apple wrote an open letter to customers defending Apple’s resistance. Congress held hearings. President Obama gave a speech.

The case became a flashpoint in an ongoing national debate about the role of encryption in the modern world and whether the privacy and security interests of individuals should give way to the demands of law enforcement for assured access to people’s communications. By contrast, we haven’t been able to have the same informed debate about the Justice Department’s latest attempt to defeat Facebook Messenger security.

Ultimately, people have a right to oversee the kind of surveillance used in their communities. That’s why the ACLU is also spearheading an effort called Community Control Over Police Surveillance (CCOPS) to pass local ordinances requiring cities to hold public hearings every time police departments want to acquire new surveillance technology. This is especially true as technological advances accelerate, with every level of government using new surveillance methods, such as cell phone location trackers, malware, and facial recognition.

Similarly, as Facebook users, internet users, and citizens in the 21st century, we have a right to know when government officials are trying to undermine our cybersecurity to expedite surveillance, as well as the legal reasoning that limits or permits their actions.

In a world constantly changing due to rapid advances in technology, the American legal system must keep pace. That can’t happen if we don’t even know what the law says about our right to privacy and security.