Electronic Device Searches at the Border: It’s Simple, Get a Warrant 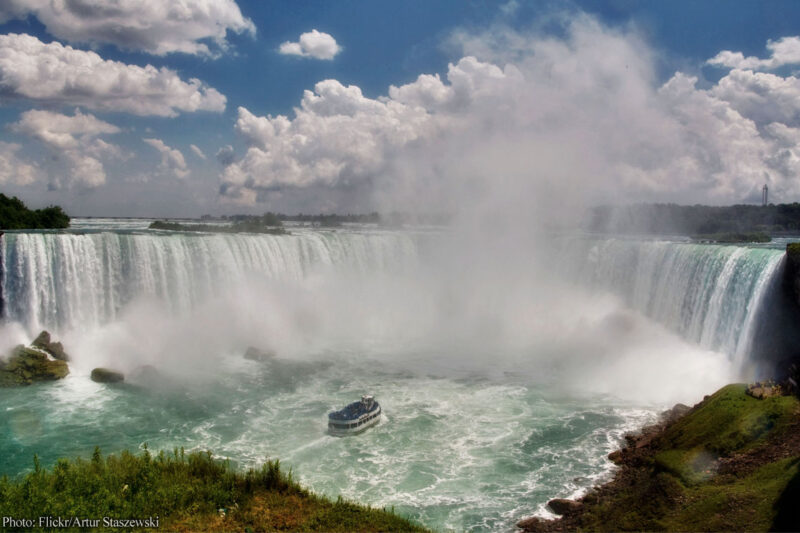 The vast majority of people who travel internationally today carry electronic devices with them, such as cell phones, laptops, tablets, and e-readers. As a result, we can cross in and out of the United States holding large amounts of information in a way that was not possible before.

But advances in technology have also made it possible for the government to conduct searches of our private data at the border in unprecedented and alarming ways. Yesterday, we filed a brief at the Fourth Circuit Court of Appeals urging the court to require the government to get a probable cause warrant before searching travelers’ electronic devices. As we argue in our brief, courts cannot just apply old rules written at a time when such invasive possibilities were never contemplated.

The case concerns an Iranian-American dual citizen, Ali Saboonchi, who took a day trip to the Canadian side of Niagara Falls with his wife in March 2012. When he attempted to come back into the United States, where he was living at the time, his name appeared in a database that the government uses to screen people at the border. His name had been placed on the list in 2010 due to a tip the FBI received that he may have been violating export laws. As a result, the agent confiscated Mr. Saboonchi and his wife’s smart phones and a flash drive, despite the fact that the government had no reason to believe he was trying to smuggle anything into the country illegally. The couple was allowed into the United States, but their devices were sent to a separate facility in Baltimore where they were subjected to a forensic search.

Such searches make vulnerable not just some of the sensitive data stored on a person’s electronic device, but all of the data at once. Using forensic technology, the government can create a mirror-image copy of every single bit of data on an electronic device—including deleted files—and sift through that information for days, or even months, to search for incriminating activity. This is precisely what happened in Mr. Saboonchi’s case. As one federal appeals court has explained, such a search is “essentially a computer strip search.”

Tens of millions of people travel through border crossings into the United States every month, at international airports, land crossings, and other ports of entry. According to documents we obtained through a FOIA request, thousands of people have their electronic devices searched at the border every year—between October 2008 and June 2010, over half of these people were U.S. citizens. Considering how rapidly storage capacities of digital devices are growing—laptops sold today can store one terabyte of information or more, the equivalent of more than 600 million pages of text—these searches expose innumerable facets of a traveler’s private life to government scrutiny.

The Supreme Court has yet to rule on what standard the government must meet in order to conduct such invasive searches of electronic devices at the border. However, last year, it decided in Riley v. California that the government must “get a warrant” in order to search an arrestee’s cell phone due to the weighty individual privacy interests at stake. Although police have traditionally had the right to search people being arrested, the Supreme Court ruled that because of the sheer amount and variety of data we store on our devices, the traditional rules do not apply. The court essentially said that “digital is different.” We argue in our brief that the same logic applies to electronic searches at the border.

The agent who entered Mr. Saboonchi’s name into the database years before his devices were searched testified in court that she “wanted to be able to look at [Mr. Saboonchi’s devices] pursuant to [the government’s] border authority” if and when he crossed the border. The government apparently did not have enough basis to obtain a probable cause warrant and search Mr. Saboonchi’s devices while he was living in the United States, so instead, it lay in wait until he crossed a border, where it generally has broader authority to search people.

This case is concerning not only because Mr. Saboonchi’s privacy was deeply invaded pursuant to a warrantless search, but because it suggests the government is seeking to use its greater powers at the border as an end-run around the Fourth Amendment’s warrant requirement.

Traditionally, the government enjoys wide authority to conduct border searches. As established by a line of Supreme Court cases—mostly concerning drug contraband—the government can routinely search an individual’s person, luggage, or automobile, and it doesn’t need to have any suspicion to do so. But the government’s authority for border searches evolved for the purpose of keeping contraband out of the country. Its search of Mr. Saboonchi was not conducted for that purpose, but for investigatory purposes as a replacement for a search that, inside the borders, would have required a warrant.

And given Riley’s holding, it can’t be the case that electronic searches should be held to the same standard as, for example, the search of a carry-on bag or the trunk of a car. Those parcels cannot possibly carry a fraction of the information that even a flip phone can hold. Moreover, searches of physical objects are necessarily bounded in time because agents must move along the long line of people entering the country every day. Given forensic and similar types of technology, the government can take all the time it wants to go through millions of data points. As a result, a border agent should obtain a probable cause warrant before subjecting someone to such an invasive search. As we argue in our brief, even if the court decides that warrants are not required, at a minimum border agents should be required to have probable cause or reasonable suspicion, to prevent exercise of the government’s claimed authority to conduct invasive searches of electronic devices with no individualized suspicion at all.

We are urging the Fourth Circuit to adopt the proper standard to give meaning to “[t]he right of the people to be secure in their persons, houses, papers, and effects against unreasonable searches” conducted without probable cause. Riley established that the government must obtain a warrant to search electronic devices, and that rule should apply to border searches as well. Technology will undoubtedly make it easier for us to travel – but it shouldn’t make it easier for the government to bypass its obligations under the Constitution.