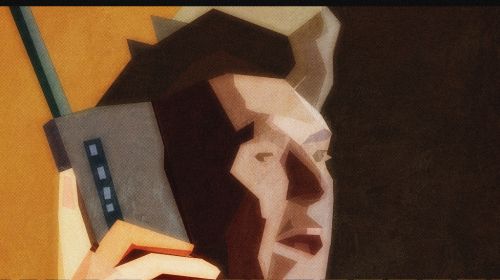 I lost my credit card yesterday and had a very telling experience on the phone with American Express trying to get it replaced. After I gave them various pieces of information, the customer service agent said they would ship me a new card to the billing address on file. Just when I thought I was done, she then read something to the effect of, “For security purposes, I am going to ask you a question. The information this question is based on is not connected to your account, but was obtained from third-party information services.”

She then asked, “Which of the following companies have you been associated with?” And named four companies, none of which I had ever heard of in my life, much less been “associated” with. I picked her choice #5, “none of these companies.” The woman paused to wait for her computer and then said, “It says that answer is wrong.” At my request she re-read me the list. I still didn’t recognize any of these supposed companies. Then she told me that because it said my answer was wrong, she couldn’t issue me a new card, until I went through some other rigamarole involving calling them back from a certain phone number listed in their records.

I tried arguing with her about this very strange turn in the conversation, pointing out that they were already shipping the card to the billing address, and that I had verified other information, and wasn’t that enough? She said it wouldn’t allow her to issue me a card because I had failed the test. I told her the information the questions were based on was incorrect, but that made no difference.

Clearly what was going on was that she had been delivered a computer-generated quiz for me derived from information obtained from a third-party data broker such as Choicepoint or Lexis-Nexis. (The New York Times recently published a profile of one such company, Acxiom.)

Maybe others are familiar with this procedure but it was certainly new to me. I thought the experience was interesting for several reasons:

In the end, the problem got resolved. While at first the agent said she could not ask me a new set of questions, eventually her computer seemed to relent, and after once again robotically reading the little speech about information “obtained from third-party information services,” she presented me with a list of street addresses (no city or state). I had to pick the one where I had once lived. I dimly recognized one of the addresses as an apartment I once inhabited for 9 months in grad school in the 1990s, and—I passed the test! American Express’s computer was happy at last.