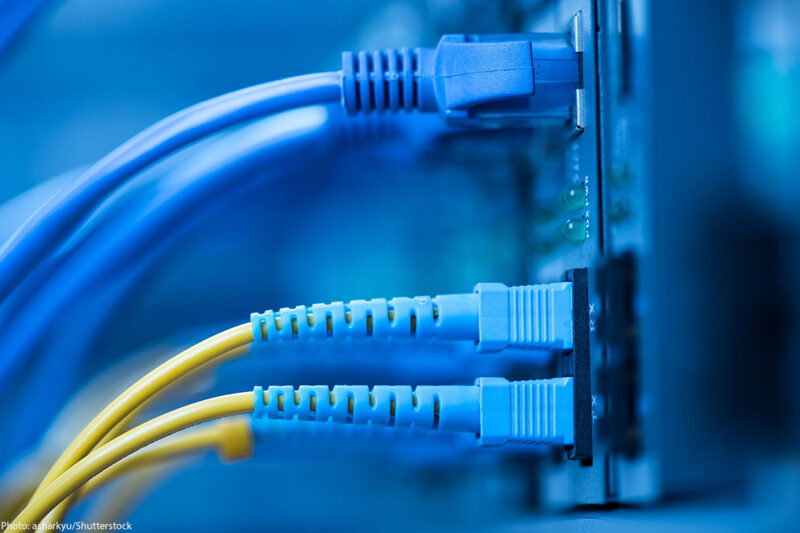 Last week, the Federal Communications Commission took the long anticipated, widely disparaged step of doing away with net neutrality protections, over the objections of roughly 80 percent of Americans who support a level online playing field. Net neutrality is no more — unless, that is, the right people say that the FCC has gone too far.

There are three possible paths to the reinstatement of net neutrality protections that were stripped away through last week’s vote.

One path to challenge the FCC’s rollback lies in the courts. Numerous actors, including government officials and technology and free speech advocates, have pledged to challenge the legitimacy of the agency’s action. Challengers might focus on the sheer audacity of the FCC’s move and its disregard for the administrative process. Just two years ago, the agency adopted net neutrality principles based on extensive research and commentary. A federal court upheld the rule and the appellate court affirmed that decision. More Americans commented on the rule — and commented favorably — than on any other prior proposed rule. The 2015 Open Internet Order reflected good, sound law and codified the primary enforcement regime that had been in place in one form or another for most of the prior decade. In contrast, the rescission of the rule was based not on a similar mountain of evidence or changed circumstances, but rather on the ideology of the president’s new FCC appointees.

The blowback against the FCC decision from states and municipalities has been swift and severe. Nearly 20 state attorneys general are challenging the agency’s assertion that it can block states from imposing their own net neutrality rules. State legislators across the country are examining whether they can establish a patchwork of net neutrality mandates through state legislation. Even towns and counties in Iowa, Washington, and elsewhere are examining whether their interactions with internet service providers offer an opportunity to ensure compliance with net neutrality principles.

The most immediate and effective target for action, however, is Congress. Under a law referred to as the Congressional Review Act, Congress can overturn any agency rule if it votes to do so within 60 “legislative days” from the time the rule is presented to Congress. Since a legislative day is one in which both chambers are in session, in practical terms that means there is likely a four or five-month window before the clock expires on the CRA.

The adoption of a CRA reversal of the FCC rollback would be an ideal and simple solution. It would be as if last week’s FCC vote had never occurred, reverting to a status quo supported by a vast majority of Americans. A CRA resolution will be offered as soon as the FCC rule has been presented to Congress. Already, over two dozen senators have signed on to a proposal to overturn the FCC net neutrality rollback. A similar process has begun in the House.

Unfortunately, some members of Congress have introduced other forms of legislation, but those would largely serve the interests of the internet service providers, who rejoiced at last week’s FCC vote. They don’t contain the net neutrality protections secured in 2015. Back then, the FCC reclassified broadband internet as a “common carrier” — a term used to describe a public utility — so that it could be subject to government regulation. A new bill sponsored by Rep. Marsha Blackburn (R-Tenn.), for instance, appears to provide protections that would prevent ISPs from blocking or slowing down certain kinds of data. But it includes gaping holes in those seeming protections, would stop short of reclassification, and fails to address the many other net neutrality protections we need.

Some bills seem well-intentioned, but they also address net neutrality on a piecemeal basis that falls far short of the 2015 order. Others, such as the Blackburn bill, would actually codify gains for the ISPs under the guise of offering half-protections to internet users.

For now, the CRA resolution — a simple bill to cancel the FCC’s arrogant decision — is the one thing that all outraged Americans can get behind. Congress can and should carry out the will of the people by saving their internet.

Michael Macleod-Ball is the former chief of the ACLU’s Washington Legislative Office, and is now the president of 627 Consulting, LLC, where he advises the ACLU on First Amendment and open government issues.