We may be one step closer to putting the final nail in the coffin of the National Security Agency’s massive phone records surveillance program, if a New York Times report bears out. Ending this program is a good first step, but as Congress debates expiring Patriot Act provisions this year, it needs to do much more to protect individual rights, including eliminating the phone record authority altogether.

In 2013, Edward Snowden revealed that the NSA had been collecting the phone records of virtually every single American, relying on a twisted interpretation of Section 215 of the Patriot Act. The information collected by the government included who called whom, when, and for how long.

Amid outrage from the public, members of Congress, and a federal appeals court decision finding that the program was unlawful, Congress voted in 2015 to end the nationwide collection of all Americans’ call records and to institute other needed reforms.

But under the newly constituted program, the NSA collected over 600 million records in 2017 alone. Further, the new program has been beset by years-long compliance violations that resulted in the unlawful collection of countless records.

Now, news reports suggest that the NSA may have voluntarily halted the program. The NSA has yet to confirm why, and it may have simply replicated this collection under a different authority.

But this alone is not enough.

Even aside from the call detail records program, the government collects a staggering amount of information under Section 215. Under it, the government claims the authority to collect any “tangible” thing, covering everything from financial records to library records. Despite the 2015 reforms, this collection does not appear to be targeted and narrow. For example, in 2017, investigations of 74 targets resulted in the disproportionate collection of information regarding 87,000 unique phone numbers, email addresses, or other account identifiers.

Unlike surveillance prior to the Patriot Act, under Section 215, the government can target individuals who are not members of terrorist organizations, affiliated with foreign nations, or suspected of any criminal wrongdoing at all. The government merely has to show that the information it seeks is “relevant” to an ongoing terrorism or intelligence investigation. This extremely low bar leaves ample room for government abuse, evidenced by the fact that for over a decade the government interpreted this standard as permitting the collection of records of nearly everyone in the U.S.

Given this history, Congress should allow Section 215 to expire at the end of this year unless the law can be substantially reformed to prevent rights intrusions. In addition to Section 215, however, Congress must also revisit other surveillance authorities that the government still abuses.

According to transparency reports, the government continues to collect information about tens of thousands of unique accounts under other Patriot Act authorities that were changed in 2015. Congress must pass additional reforms to halt this large-scale surveillance and put in place safeguards to prevent these powers from being used as a tool to target minorities, suppress journalists and critics, or circumvent existing criminal laws.

For example, Congress must adopt procedures that prevent the government from engaging in practices that wrongly target or impact people based on race, religion, national origin, or other protected classes. This is particularly important given the ample evidence of bias in intelligence analyses and practices. For example, recently leaked FBI intelligence assessment suggests that the agency wrongly labels black activists as “extremists,” and media disclosures revealed that the government used FISA to spy on prominent Muslim-Americans who were never charged with committing a crime.

Congress must also strengthen existing First Amendment protections. Section 215 and other Patriot Act authorities prohibit surveillance based “solely” on First Amendment-protected activities. Yet partially redacted intelligence court opinions suggest that these safeguards are being interpreted far too narrowly. The 2015 reforms also did not address concerns that large-scale surveillance would likely sweep in the information of individuals, like journalists, engaged in First Amendment-protected activities.

The lack of these protections is compounded by the fact that there are not enough limits on how federal agencies can access and use information that’s collected. The FBI and other agencies should be prohibited from searching and using this information for purposes unrelated to why it was collected, circumventing existing protections that exist in the criminal context. They must also meet their constitutional obligation to provide notice to individuals when this information is used in criminal proceedings — something that they have denied they have the responsibility to do when using information from Section 215 and other authorities.

There are other significant issues that Congress must also address, including closing Section 702’s backdoor search loophole, which is exploited to warrantlessly spy on individuals in the U.S. Congress also needs to reform the secret Foreign Intelligence Surveillance Court, in part by requiring more declassification of its opinions, ensuring transparency.

Even if the NSA call records program has ended, that is not enough to protect our rights. Congress must end the call-detail-record authority altogether. In addition, it must take steps to put an end to other abuses under Section 215 and similar surveillance authorities.

There’s an invisible crime spree that’s been taking place since at least 2001 and there seems to be no cops that truly understand the crime of Cointelpro-style Blacklisting. Based on the government’s own records, it’s likely thousands of innocent Americans have been harmed or destroyed by these tactics (that violate the Federal Criminal Code). “Employment Tampering” is the most dangerous Cointelpro tactic being perpetrated that needs addressing. Former AG John Ashcroft appeared to have a “GOP Enemies List” and used the federal “Material Witness Statute” to falsely imprison his targets (confirmed by a federal appeals court). Many of the Americans he punished were never intended to be called as witnesses. As reported by major newspapers at the time, Ashcroft would go to a person’s employer and force the employer to fire them or push them out but then issued a gag-order (under threat of prison) if the employer told you why you were fired. After that, your livelihood was literally under the control of Ashcroft’s Justice Department. Let’s call it a hypothetical scenario: anyone with that unchecked authority, once they destroy your paycheck, they destroy your life - you may lose your home, lose your spouse, lose your family, lose your dignity and your job history is permanently destroyed. In the computer age, one has to account for gaps in employment but the U.S. Department of Justice refuses to provide official apology letters/explanations to Ashcroft's victims to repair job histories. A federal appeals court issued a harsh reprimand to John Ashcroft but stopped short of appointing a special prosecutor. John Ashcroft claims to be a Christian man. Real Christians own up and apologize!

Americans need to understand how Cointelpro style Blacklisting really works and the chronology. America’s blacklisting tactics devolved from somewhat OVERT to COVERT. Harry S. Truman, for political reasons, in the 1940’s instituted an unconstitutional “Faux Loyalty Oath” that illegally violated America’s official loyalty oath (Article VI of the U.S. Constitution). Instead of the Founding Fathers “indirect oath” (loyalty to the U.S. Constitution and individual liberties), Truman created an ambiguous “direct” loyalty oath to the nation. Essentially any leader could interpret proper loyalty to mean anything they wanted (supporting women’s rights, African-American rights or any protest of anything could be deemed disloyal). This created the foundation that McCarthyism was built upon. McCarthyism was a somewhat OVERT form of blacklisting, supposed disloyal Americans were summoned to appear in front of Congress and publicly humiliated and defamed by a congressional Kangaroo Court hearing on public television. When Senator Joseph McCarthy, the U.S. Justice Department, Hoover’s FBI and other agencies ran out of legitimate suspects, they started preying on Democrats and social liberals instead of real communists. Former WWII correspondent and CBS journalist, Edward R. Murrow, publicly discredited McCarthy and friends on public television in front of millions of American viewers. Once the U.S. Department of Justice, FBI and other agencies were publicly shamed for their disloyal behavior, most blacklisting tactics by the U.S. government went COVERT (which then violated federal criminal laws for government officials and contractors). COVERT also means the vast majority of crime victims, innocent Americans, are not even aware they have been targeted or harmed. If you aren’t aware of why you lost your job, got framed for a crime or framed as a suspect - you can’t file a police report, you can’t obtain help from government-watchdogs and you are robbed of “legal standing” to challenge these crimes in court. It’s far worse than being falsely accused and going to an official real prison (overt justice which can be challenged in court). Covert justice is lifelong and can’t be challenged. The FBI even “engineered” assassinations of U.S. citizens on U.S. soil, tricking local police and prosecutors, into doing the dirty work (ex: Fred Hampton assassination in Chicago). Supposedly the Senator Frank “Church Committee” in Congress ended this practice in the 1970’s. In October of 2001, only one month after 9/11, the national ACLU warned Americans that Bush Attorney General Ashcroft and Congress essentially have created the environment for a “Cointelro On Steroids” far more dangerous in the computer internet age. History has proven the ACLU 100% correct in their warning. Today every state in the United States has unconstitutional blacklisting centers called “Fusion Centers” usually operated by your State Police. These centers were created exclusively for terrorism threats, not regular crime governed by our Bill of Rights. One state targeted 100% of all African-American college students attending all-Black colleges. Another state targeted LGBT Americans. Another state tarted peaceful environmental rights activists. None of these targets had any link to OBL or terrorism. All of the targets had constitutional protections from warrantless searches under our 4th Amendment. All of the targets received life-sentences of government abuse for their non-crimes and non-wrongdoing from COVERT blacklisting. None of the targets can even file a court case to challenge this disloyal behavior. The U.S. Supreme Court needs to step up with a landmark ruling, on the scale of “Marbury v. Madison”, to end this massive covert crime spree! It’s the major loophole in America’s Justice System.

Edward Snowden is a traitor and needs to be brought to trial for his crimes.

For telling people their own government is spying on them? Please go read the fourth amendment.

No, for scurrying off to Russia like the little rat he is.

The aclu could do a good thing and have a roll call for those of us who are aware that we are being surveilled. Run a trend analysis and see what you come up with regarding our experiences. I would've never believed it myself were it not happening to me.

What if your landlords apt managers cash worker. Stole my phone. Can he use that information, for getting a warrant by going over his brother's head j. Aragona. Or what just said was enough retaliation, from my landlord when it comes to my rights as a disabled citizen, with emotional support animal status. That he denied by collecting 20per month pet fee for 9 1/2 years. Clearly that's a violation of elliot Larsen civil right. True I am disabled, but if I don't pay he says I'm gonna get evicted over pet rent. So I kept paying. Brought this before MDCR, currently my docket has a federal number and is being passed thru legislation with an investigations advocate. Currently I am homeless, after the warrant was issued. My question is can they use texts against me if my phone was stolen? 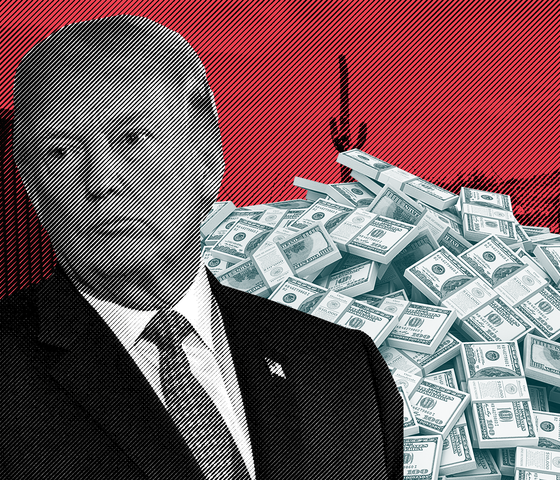