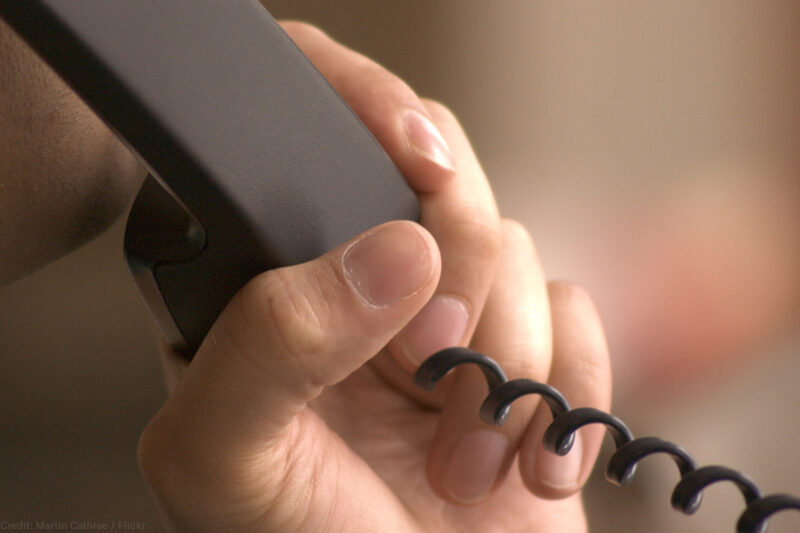 We may be one step closer to putting the final nail in the coffin of the National Security Agency’s massive phone records surveillance program, if a New York Times report bears out. Ending this program is a good first step, but as Congress debates expiring Patriot Act provisions this year, it needs to do much more to protect individual rights, including eliminating the phone record authority altogether.

In 2013, Edward Snowden revealed that the NSA had been collecting the phone records of virtually every single American, relying on a twisted interpretation of Section 215 of the Patriot Act. The information collected by the government included who called whom, when, and for how long.

Amid outrage from the public, members of Congress, and a federal appeals court decision finding that the program was unlawful, Congress voted in 2015 to end the nationwide collection of all Americans’ call records and to institute other needed reforms.

But under the newly constituted program, the NSA collected over 600 million records in 2017 alone. Further, the new program has been beset by years-long compliance violations that resulted in the unlawful collection of countless records.

Now, news reports suggest that the NSA may have voluntarily halted the program. The NSA has yet to confirm why, and it may have simply replicated this collection under a different authority.

But this alone is not enough.

Even aside from the call detail records program, the government collects a staggering amount of information under Section 215. Under it, the government claims the authority to collect any “tangible” thing, covering everything from financial records to library records. Despite the 2015 reforms, this collection does not appear to be targeted and narrow. For example, in 2017, investigations of 74 targets resulted in the disproportionate collection of information regarding 87,000 unique phone numbers, email addresses, or other account identifiers.

Unlike surveillance prior to the Patriot Act, under Section 215, the government can target individuals who are not members of terrorist organizations, affiliated with foreign nations, or suspected of any criminal wrongdoing at all. The government merely has to show that the information it seeks is “relevant” to an ongoing terrorism or intelligence investigation. This extremely low bar leaves ample room for government abuse, evidenced by the fact that for over a decade the government interpreted this standard as permitting the collection of records of nearly everyone in the U.S.

Given this history, Congress should allow Section 215 to expire at the end of this year unless the law can be substantially reformed to prevent rights intrusions. In addition to Section 215, however, Congress must also revisit other surveillance authorities that the government still abuses.

According to transparency reports, the government continues to collect information about tens of thousands of unique accounts under other Patriot Act authorities that were changed in 2015. Congress must pass additional reforms to halt this large-scale surveillance and put in place safeguards to prevent these powers from being used as a tool to target minorities, suppress journalists and critics, or circumvent existing criminal laws.

For example, Congress must adopt procedures that prevent the government from engaging in practices that wrongly target or impact people based on race, religion, national origin, or other protected classes. This is particularly important given the ample evidence of bias in intelligence analyses and practices. For example, recently leaked FBI intelligence assessment suggests that the agency wrongly labels black activists as “extremists,” and media disclosures revealed that the government used FISA to spy on prominent Muslim-Americans who were never charged with committing a crime.

Congress must also strengthen existing First Amendment protections. Section 215 and other Patriot Act authorities prohibit surveillance based “solely” on First Amendment-protected activities. Yet partially redacted intelligence court opinions suggest that these safeguards are being interpreted far too narrowly. The 2015 reforms also did not address concerns that large-scale surveillance would likely sweep in the information of individuals, like journalists, engaged in First Amendment-protected activities.

The lack of these protections is compounded by the fact that there are not enough limits on how federal agencies can access and use information that’s collected. The FBI and other agencies should be prohibited from searching and using this information for purposes unrelated to why it was collected, circumventing existing protections that exist in the criminal context. They must also meet their constitutional obligation to provide notice to individuals when this information is used in criminal proceedings — something that they have denied they have the responsibility to do when using information from Section 215 and other authorities.

There are other significant issues that Congress must also address, including closing Section 702’s backdoor search loophole, which is exploited to warrantlessly spy on individuals in the U.S. Congress also needs to reform the secret Foreign Intelligence Surveillance Court, in part by requiring more declassification of its opinions, ensuring transparency.

Even if the NSA call records program has ended, that is not enough to protect our rights. Congress must end the call-detail-record authority altogether. In addition, it must take steps to put an end to other abuses under Section 215 and similar surveillance authorities.