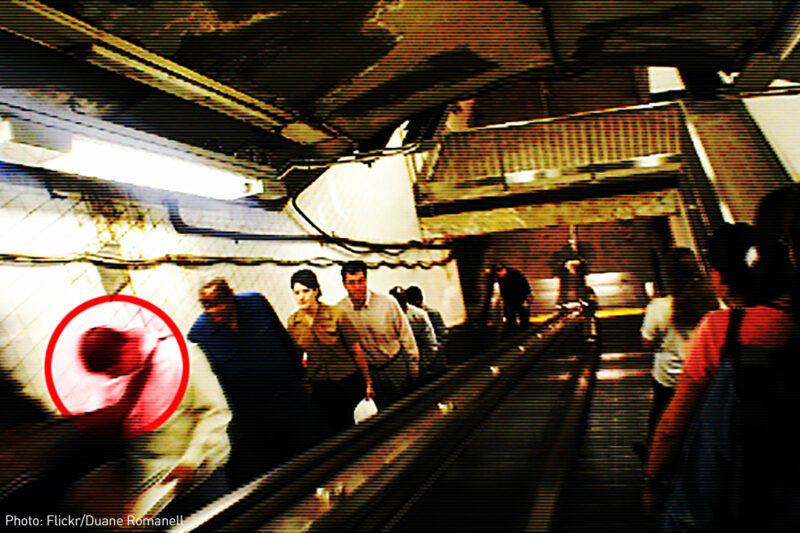 Politicians of all stripes have been embracing watchlists lately.

Legislators in both parties have proposed using the watchlisting system to regulate gun purchases — an approach that both Donald Trump and Hillary Clinton support. Others have been even less burdened by legal or constitutional concerns. Rep. Jeff Duncan (R-S.C.), for instance, proposed immediately deporting all immigrants who are on watchlists, and former New York mayor Rudy Giuliani called for forcing Muslims who are on watchlists to wear electronic location monitoring tags.

These proposals have one thing in common: They rely on a watchlisting system that is error-prone and unfair. We have long criticized that system for using vague, exception-ridden standards and secret evidence to blacklist people without giving them any meaningful way to correct errors and clear their names.

We’ve also noted troubling indications that the government watchlists people in an arbitrary or discriminatory way, particularly members of American Muslim, Arab, and South Asian communities. And we know the consequences of being watchlisted can be severe, ranging from travel problems to repeated detention and questioning in the United States or abroad — to say nothing of the shame, fear, and denigration that come with being branded a terrorism suspect.

To understand how serious and pervasive the flaws are in the watchlisting system, it’s worth taking a close look at the government’s 78-page Watchlisting Guidance, which was leaked and published online by The Intercept in July 2014. Considering the renewed attention around this country’s watchlisting system, we’ve put together a briefing paper that highlights some of the most significant problems with the guidance.

1. The level of “suspicion” required for placement on the master watchlist is less than reasonable.

The guidance permits officials to watchlist people if they are “reasonably suspected” of being suspected terrorists. That’s not only a very low standard, but also a circular and confusing one. It also states that to meet that standard, “concrete facts are not necessary,” and “due weight should be given” to “inferences” by officials who “nominate” people to the watchlist. That amounts to a presumption in favor of watchlisting, creating an incentive to add people to watchlists without any quality controls to keep the lists accurate or remove names added in error.

2. Uncorroborated information of questionable reliability can serve as the basis for watchlisting people.

The guidance specifically states that people may be watchlisted based on “uncorroborated” information of questionable or even suspect reliability, as long as the information isn’t “know[n] to be unreliable.” Indeed, a single Facebook post, tweet, or anonymous letter may be enough to watchlist someone. The guidance does not explain how to ensure sure uncorroborated information of doubtful reliability isn’t a mere hunch or, for that matter, rumor and innuendo. Instead, it allows officials to simply decide, in a vacuum, that their suspicion is “reasonable.” Perhaps that’s why, as of June 2016, the master watchlist had grown to include approximately one million people.

3. Actual innocence or acquittal does not guarantee removal from a watchlist.

The guidance permits the government to watchlist people even after they’ve been acquitted of terrorism-related crimes. Given the lack of an effective redress process for people on watchlists, that means they can languish there indefinitely.

4. The identifying information required for inclusion on the master watchlist makes misidentifications likely.

The “minimum identifying criteria” for inclusion on the watchlist are alarmingly skeletal, making it likely that innocent people will routinely be mistaken for watchlisted individuals and suffer the effects of watchlisting themselves. For instance, the criteria can require as little as a last name, an occupation, and a date-of-birth range that could span years. Some of the high-profile examples of mistakes involving watchlists are well known, but many others continue to struggle with the consequences of those mistakes, which can be severe.

5. The guidance includes exceptions for noncitizens that swallow the rule.

For noncitizens, the guidance essentially does away with the (already problematic) “reasonable suspicion” standard. Instead, it allows those without U.S. citizenship to be watchlisted if they have a “possible nexus to terrorism,” even if the information supporting that nexus is “very limited or of suspected reliability.” It also permits watchlisting noncitizens based on a mere association with someone else who has already been watchlisted, even where there is no indication of involvement in the watchlisted person’s suspicious activities. These exceptions mean that an innocent but unfortunate acquaintance may be all it takes to deny someone U.S. citizenship or permanent residence in the United States.

6. The government is vacuuming up and storing massive amounts of private data on watchlisted individuals.

The guidance also instructs government officials to conduct what amounts to an intelligence-gathering blitz during “encounters,” or interactions, with people on watchlists. Anything and everything of potential value is fair game for search — pocket litter, luggage tags, hotel receipts, conference materials, membership cards, bank statements, “anything with an account number,” ATM receipts, and all manner of electronic media. By directing officials to collect, exploit, and store as much information about watchlisted people as possible, the guidance makes clear that one of the most serious consequences of being placed on a watchlist is the invasion of personal privacy.

The Watchlisting Guidance helps explain why the watchlisting system remains bloated and unfair. Rather than making us more secure, that system stigmatizes people, erodes privacy, and undermines cherished constitutional rights. It also shows why — despite their current popularity — we should reject policies that rely on the watchlisting system and expect our policymakers and presidential candidates to do the same.