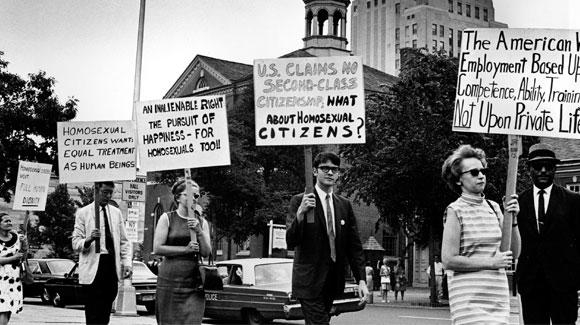 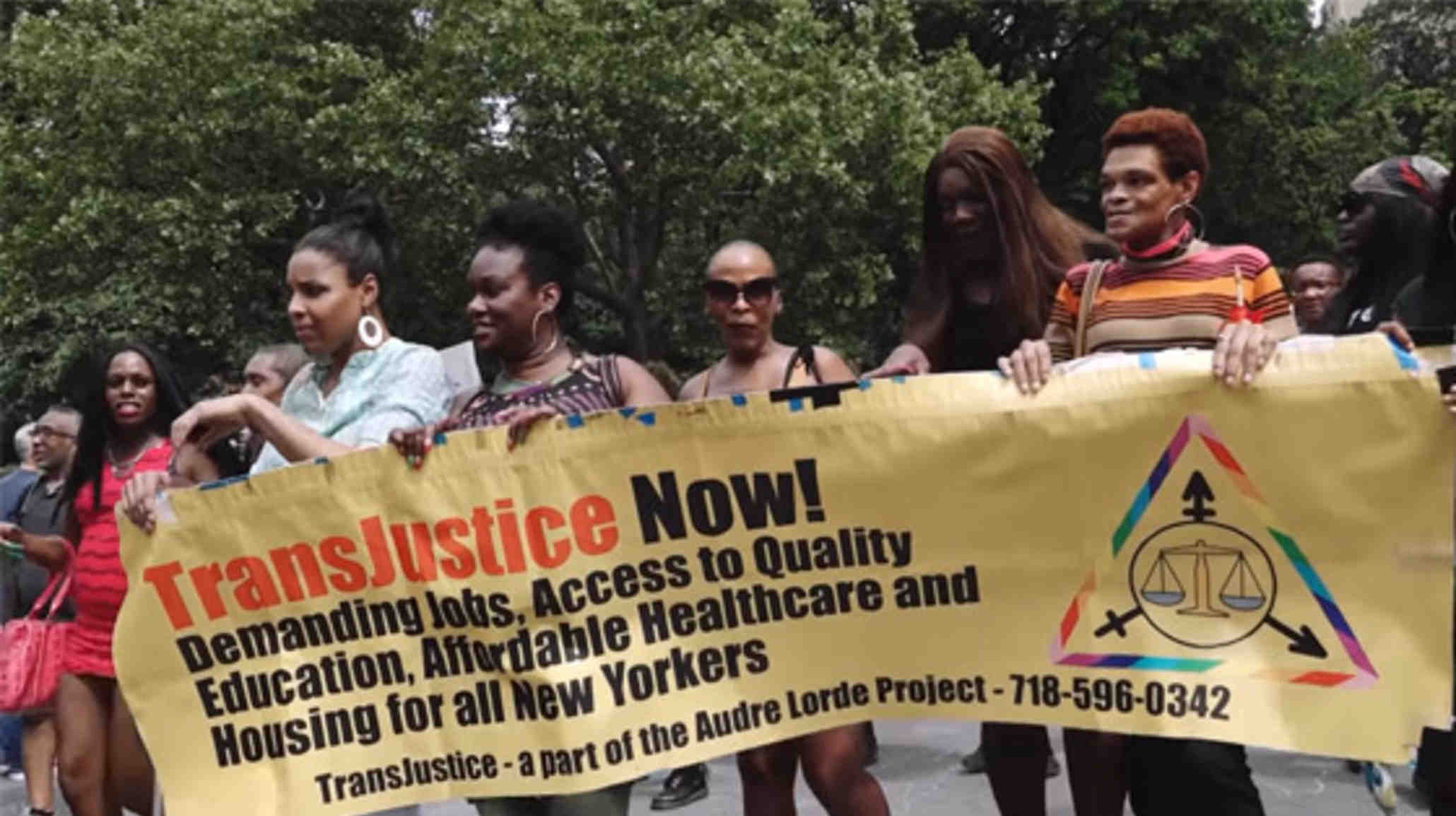 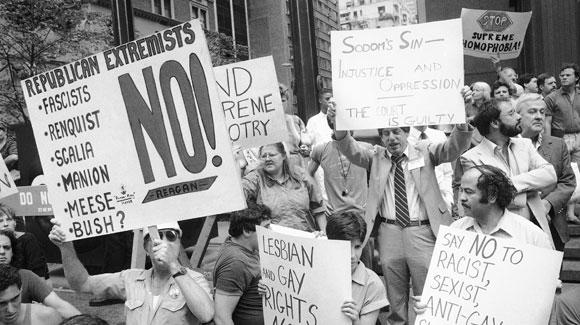 Leaders of the modern LGBTQ rights movement, including philanthropist and first openly-gay U.S. ambassador James C. Hormel, formed what has become the LGBTQ & HIV Project. One week later the Supreme Court upheld Georgia’s sodomy law criminalizing consensual sex. The loss in Bowers v. Hardwick did not stop founding director Nan Hunter from fighting in the courts and in communities for LGBTQ people and those living with HIV. 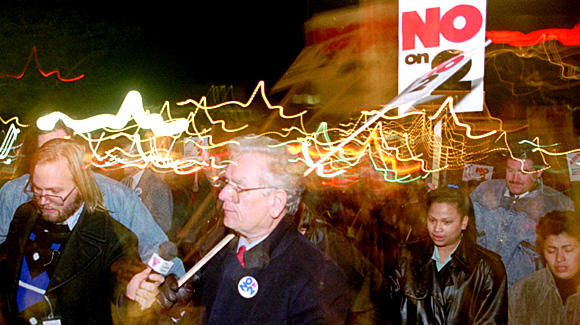 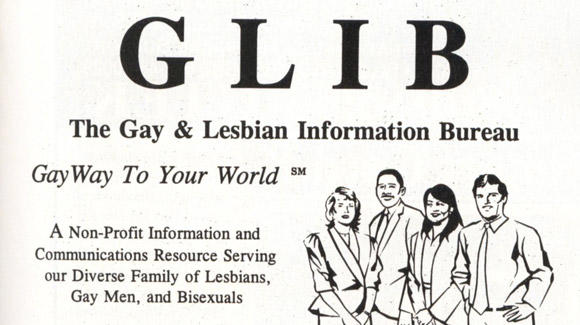 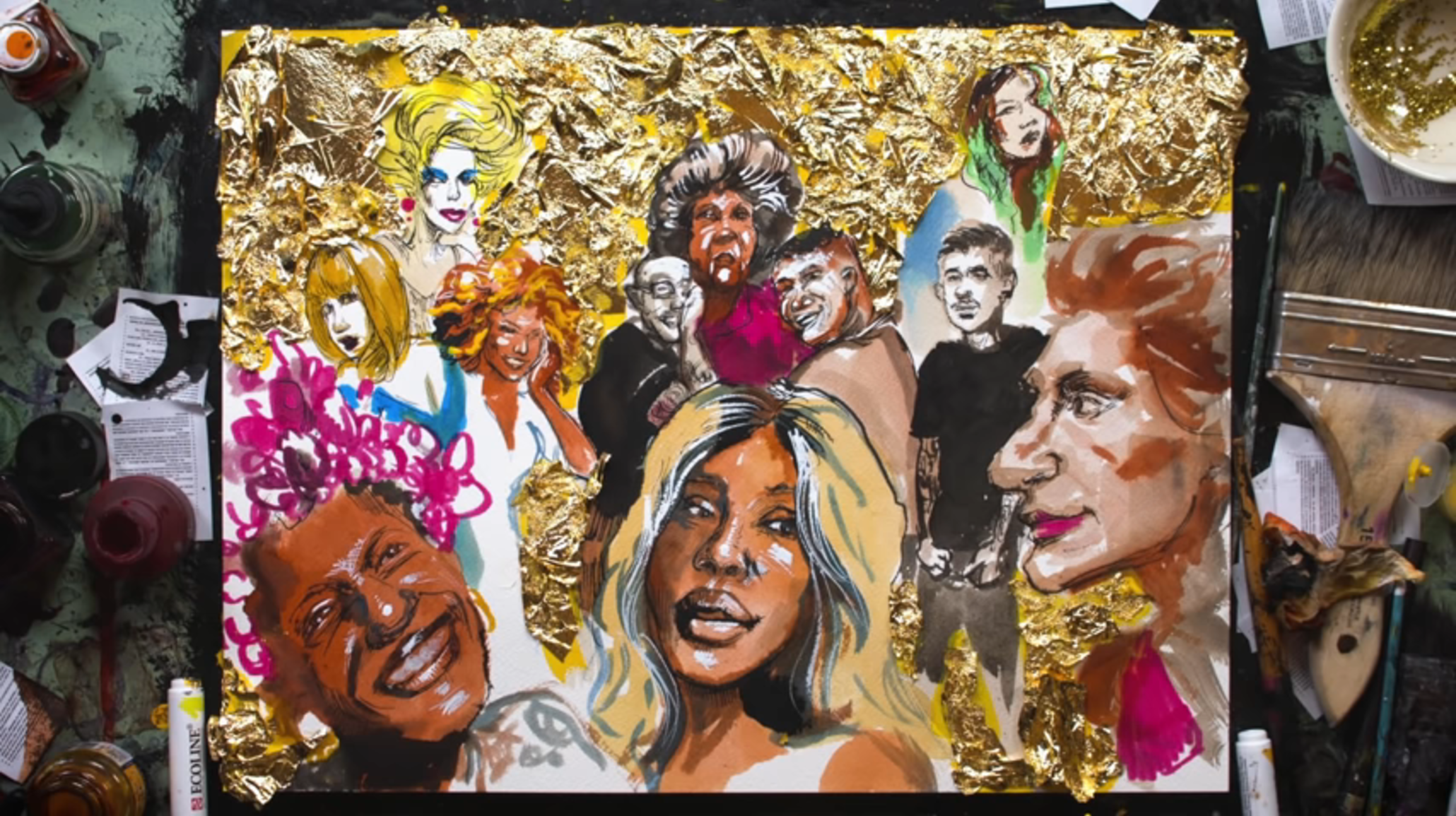 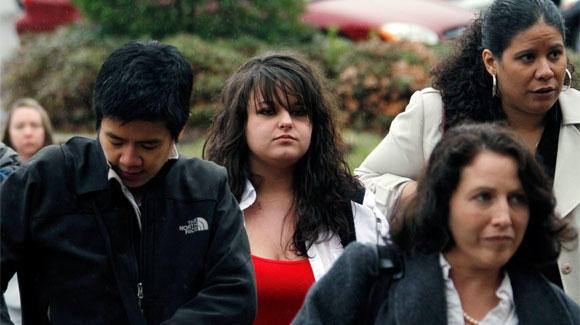 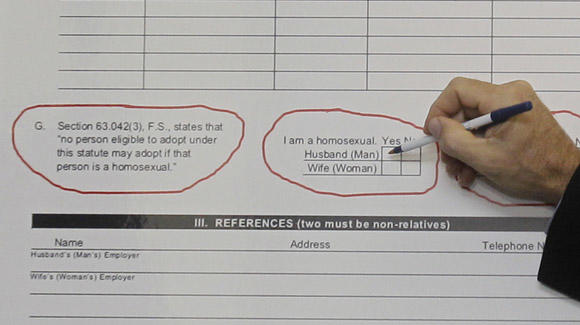 The ACLU’s fight, along with Lambda Legal, against anti-trans bathroom policies continues in Carcaño v. Cooper. The notorious law was replaced by HB 142. A settlement in this case was approved in July, 2019.

In a victory for transgender students, the Supreme Court declined to hear Doe v. Boyertown Area School District. With the action, the court allowed school districts to support transgender students by allowing them to use the restrooms that match their gender identity.

Aimee Stephens was fired from her job as director of a Michigan Funeral Home because she is transgender. On October 8, 2019, her case was heard before the Supreme Court. 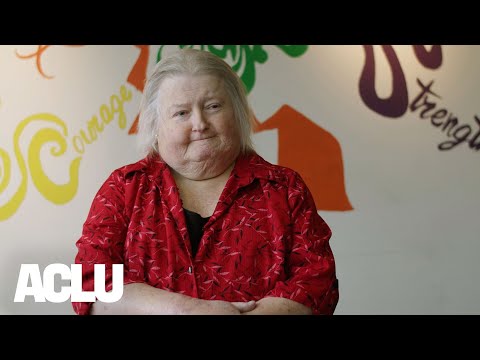 In October of 2020 the ACLU released “Is Sex Work Decriminalization the Answer? What the Research Tells Us” as part of a growing campaign to decriminalize sex work nationwide. The analysis reflects what transgender women and sex workers have been saying for decades: laws criminalizing sex work hurt public health and public safety.

President Biden revoked President Trump’s ban on transgender people from serving in the military within a week of taking office. On day one the Biden administration also issued an executive order fully implementing the decision in Bostock in all areas of the federal government.

ACLU Launches “They The People” Campaign

The ACLU launches a campaign asking the Biden administration to issue an executive order to make it easier for trans and non-binary people to have accurate federal IDs. The ACLU’s campaign includes the ACLU’s largest-ever advertising campaign on transgender justice and largest ad campaign targeting the White House on an LGBTQ issue.

Supreme Court Will Rule on Discrimination in Taxpayer-Funded Programs

In June 2021, the Supreme Court again ruled there is no constitutional license to discriminate. There court did say that Philadelphia violated the rights of a taxpayer-funded foster care program when it refused to renew a contract due to specific language in the contract. The agency, Catholic Social Services, sought a ruling that would have allowed taxpayer-funded agencies to turn away not just LGBTQ people but people who are Jewish, Muslim and Mormon as well.